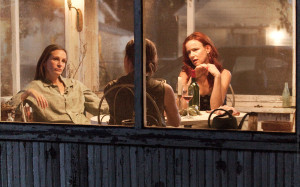 “It’s not cut and dried, black and white, good and bad. It lives where everything lives: somewhere in the middle.” 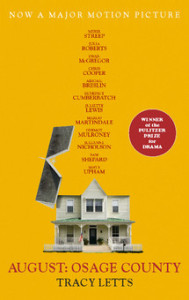 Those words, spoken by Karen—one of the three daughters of Violet Weston (played by Meryl Streep) in the movie, “August: Osage County,”—stayed with me after watching it recently. I’d been wanting to see the movie, but got just the push I needed this weekend. It came in a text message from a first cousin who had recently seen it. The message said:

I watched August Osage County tonight and Julia Roberts’ character reminds me so much of me and you, in different ways, but our individual struggles.

Of course I was intrigued. This cousin and I have different struggles, but like a sad but huge number of people in the world, we’re from the same extended dysfunctional family. If you think your family is a mess, you might feel better (or not) after watching Osage County. If you’ve had a more Ozzie and Harriett-type family experience, you probably won’t be able to relate.

In the end, the only character who didn’t check out (emotionally or physically) or lash out was Charles Aiken, played sensitively by Chris Cooper. “Uncle Charles” reminded us of our high calling as broken human beings. His compassion for his son, “Little Charles” (also well played by Benedict Cumberbatch) was one of the few redemptive elements of the story.

Back to the line delivered by Karen in the movie. She and one of her sisters, Barbara (played by Julia Roberts) were arguing in the aftermath of their father’s suicide, their mother’s breakdown, and a devastating family secret that was just revealed. Barbara is the character who wants to fix everything—the one who sees everything in black and white and expects everyone to play their roles in life as scripted. Karen is the one who deals with life’s ugliness by finding whatever happiness she can, usually with men. I could relate to both of them, actually. But Karen’s embrace of life’s messiness and acceptance of the “middle” is the take-home message for me.

As Steve Drum said in his excellent review at Cine-Files:

This line offers the clearest assessment of playwright Tracy Letts’ skill with dialogue and characterization…. Every character is fighting each other to keep their own legitimate messes beneath the surface. It’s a beautiful study in cruelty as a defense mechanism. 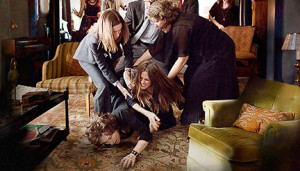 Ouch. I know I’ve used cruelty as a defense mechanism in dealing with my own “legitimate messes,” but hopefully not to the degree of any of the Weston women of Osage County. Maybe the hurtful explosions happen when those messes aren’t dealt with openly, but are kept beneath the surface until they eventually explode into the lives of everyone in the family. My cousin was right that I’m a lot like Barbara Weston, but I’d sure rather emulate Uncle Charles.

4 thoughts on “Mental Health Monday: Keeping Our Legitimate Messes Beneath the Surface”