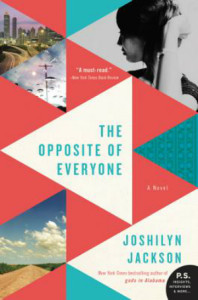 Yesterday I finished reading my first book of 2017—Joshilyn Jackson’s latest novel The Opposite of Everyone (Harper Collins, 2016). What a great way to start off the new (literary) year!

I’m so in awe of Joshilyn’s writing that I’m too intimidated to write a review, afraid that the literary blog gods might be watching for my less-than-amazing prose. I first met Joshilyn in August of 2006, at the first ever Mississippi Writers Guild Conference in Clinton, Mississippi. She inspired me. And here I am over a decade later FINALLY getting my novel birthed (Cherry Bomb, coming in October) and also two other books to be published this year, one nonfiction and an anthology I edited. But it’s the novel that was inspired in many ways by Joshilyn’s special talent. 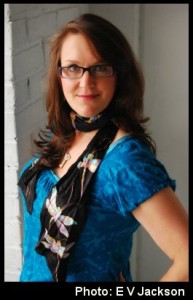 Through all of her books, she weaves the mystical with the colloquial, as I hope I have done with Cherry Bomb. Her tough-as-nails abandoned kid, Paula, grows up in the system, escaping different but similar trauma as Cherry Bomb’s orphaned protagonist, Mare, who tells her story through graffiti. I wish they could meet! Interesting that they both end up in Atlanta, although Mare’s journey began in rural Georgia. And their lives were both shot through with mystery—Paula’s from ancient Indian lore, and Mare’s from Eastern Orthodox icons.

I love what Sara Gruen, New york Times bestselling author of At the Water’s Edge and Water for Elephants, says about The Opposite of Everyone:

Jackson draws from both rural Alabama folklore and the god stories of ancient India, weaving these narratives flawlessly toward a crescendo that is straight out of an O’Connor tale—inevitable, surprising, and beautifully true in every sense of the word.

And these words from the New York Times Book Review also ring true:

The unconventional characters in Jackson’s books often provide thought-provoking studies of love and loyalty; this must-read also contemplates the transformative power of storytelling.

I have read five of Jackson’s seven novels, and this is by far my favorite. Kudos, Joshilyn! I can’t recommend this more highly!

2 thoughts on “The Opposite of Everyone—Let the New Literary Year Begin!”