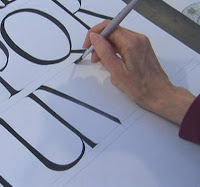 [Scroll down to
read about the
letters A-U as
“A Sinner’s Lenten Alphabet” continues.] 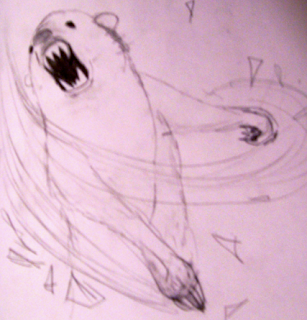 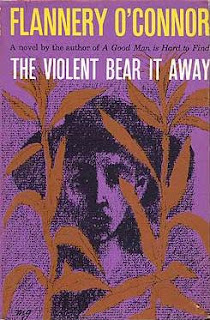 Flannery O’Connor’s Southern Gothic novel, The Violent Bear it Away, is about the battle for the soul. The title comes from Matthew 11:12: “… the kingdom of heaven suffers violence, and the violent take it by force.” Or, drawing from the Latin Vulgate that O’Connor used as a Roman Catholic, “… and the violent bear it away.” 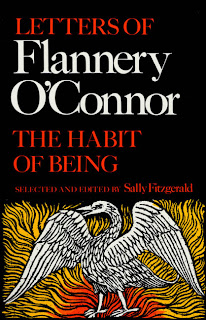 In The Habit of Being (her letters) O’Connor writes, about her choice for the title of the book: “… more than ever now it seems that the kingdom of heaven has to be taken by violence, or not at all. You have to push as hard as the age that pushes against you.”

Whether we “take it by force” or “bear it away,” either way, violence is involved.

The commentators for the Orthodox Study Bible say, concerning this verse in Matthew, “Whoever is a hearer and lover of the Word of God takes the Kingdom ‘by force,’ exerting all earnestness and desire to enter the reality of the Kingdom. For this martyrs shed their blood, making their confession of faith, being ‘made a spectacle to the world, both to angels and to men.’ (I Cor. 4:9). The Kingdom of Heaven belongs not to the sleeping or lazy. Rather, the violent take it by force.”

Brad Gooch, in his biography of Miss O’Connor, writes that “for O’Connor the violence implied was interior.” 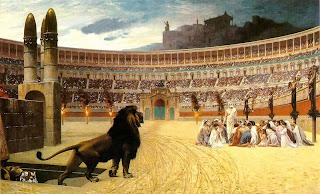 For most of us contemporary Christians living in America, the violence we might choose to suffer for our souls is also interior. I say “choose,” because asceticism is a choice. Fasting is a choice. Prayer is a choice. Almsgiving is a choice. Serving others is a choice. Loving others is a choice. Few of us suffer physical violence for our faith today. It’s easy to let ourselves be lulled to sleep by the comfortable lives we live, and to forget there’s a war going on in the spiritual realm. But if we read the lives of the saints and martyrs, we’re reminded, as the author of Hebrews wrote, “You have not yet resisted to the point of shedding blood in your striving against sin.” (Hebrews 12:4) 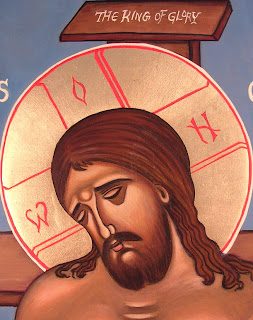 I’m a spiritual coward when it comes to warring against my passions. It’s easier to remain angry or hurt than to forgive and do the hard work of caring for relationships with family and friends. It’s easier to make excuses for sloth and gluttony and drunkenness than to deny myself pleasures that I think I “deserve.” So, I haven’t been doing much violence to my passions this Lent, but we’re only halfway to Pascha, so there’s still time to work on it. There’s a lot at stake—taking the Kingdom of God.