Wednesday night I went to a reading at Burke’s Books here in Memphis for Daren Wang, who was reading and signing his first novel, The Hidden Light of Northern Fires. It was a joy to listen to him relate his very personal story of researching the history behind his childhood home in Town Line, New York, the only secessionist town north of the Mason-Dixon Line. Turns out his family’s house and barn were used by members of the underground railroad, so he spun a tale of an escaped slave named Joe Bell and a female abolitionist named Mary Willis. Daren didn’t explain much of this in his Prologue, and as I listened to him talk about his family’s home, I wish he had written an Author’s Note so that all of his readers would know this amazing connection. 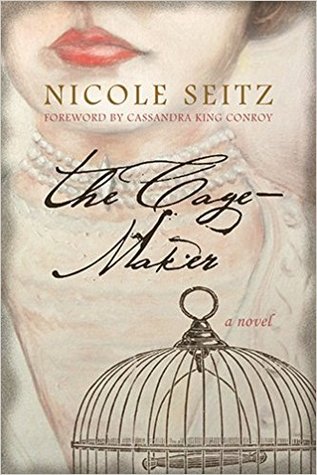 I’m currently reading Nicole Seitz’s wonderful new novel The Cage-Maker, which is set in New Orleans in the late 1800s and early 1900s, and also in the twenty-first century through the eyes of a blogger. But it was her Author’s Note (at the end) that endeared me more to the book, as she explains that she was researching her own family history and wanted to know if her ancestor, Ferdinand, was involved in any of the intrigue she uncovered in her research.

Almost a year ago I did a post about the information B. A. Shapiro shared in her Author’s Note and disclaimer for her novel The Muralist. You can read that here.

Her words inspired me to write an extensive explanation in my novel.

So, in addition to a short disclaimer in the front of CHERRY BOMB, I also wrote a longer Author’s Note, to explain which parts of the book were based on real people, places, and events, and which parts were totally fiction. I’m going to share my Author’s Note here. It’s at the end of the book, but it doesn’t really contain spoilers, so whether or not you’ve read the book, you might enjoy this explanation.

A work of historical fiction is sometimes described as a narrative that takes place in the past in which historical events and people are reconstructed to enhance the story. Cherry Bomb isn’t strictly a work of historical fiction, for several reasons.  For one thing, I have fictionalized the lives of several abstract expressionist artists, especially Elaine de Kooning , who plays a major role in the book. While many of the scenarios in which de Kooning appears in the book were taken from her actual life—her relationship from childhood with her eccentric mother; her early art education in New York; her marriage to Willem de Kooning; and even some of her travels—I have also fictionalized many aspects of her real life. Perhaps the greatest liberty I took was giving her a child, when in fact she never had children of her own.

While Elaine de Kooning did paint a presidential portrait of John F. Kennedy, as I describe in the book, she was never a visiting professor at Southern College of Art and Design, although she did serve this post at the University of Georgia. She did spend a summer painting in Black Mountain North Carolina, and produced a collection of work from that experience, although in reality Willem was there with her, whereas she goes there without him in the book. These are examples of ways in which I fictionalized her life for the sake of the story line.

The photographer Anne Louise Lieberman (“Lou”) and Margaret Adams, the newspaper reporter, are both completely fictional characters, as are the graffiti writers Mare meets in Atlanta. But the scenes in the MTV video with Blondie actually did show the work of graffiti artists Lee Quinones and Jean-Michael Basquiat, who inspire Mare to begin doing graffiti. 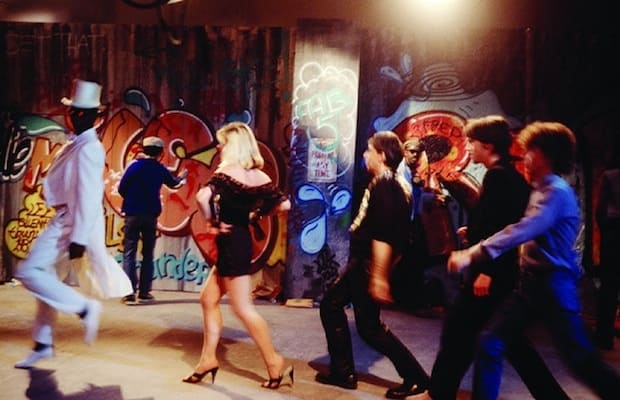 I set Cherry Bomb mostly in the 1980s, with flashbacks to de Kooning’s childhood in the 1930s and to the childhood of the fictional protagonist, Mary Catherine Henry (“Mare”), in the 1970s. Mare is a completely fictional character, as is Sister Susannah, an Orthodox nun and iconographer who also plays a major role in the story. Both priests—Father Joseph and Father Mark—are completely fictional, as are all the nuns and participants at the icon workshop at Saint Mary of Egypt Monastery, also a fictional place.

Saint Mary of Egypt is an actual historical figure, and I have kept close to the facts of her life as the Orthodox priest, Father Mark, tells them in the book. The verses chanted by the nuns at the monastery are closely drawn from her life as documented by Saint Sophronius, Patriarch of Jerusalem (634-638).  It might be of interest to the reader that Sir John Tavener did write an opera about Mary of Egypt, although he wrote it in 1991, a little later than its placement in the book. The description of the opera in the book is taken from a program from one of its performances. While I haven’t seen the opera in person, I do have Tavener’s CD, Mary of Egypt, which I have listened to many times.

Of course readers often ask whether a work of fiction is in any way autobiographical. While it is true that I share a number of life experiences with Mare—including time spent with a cult-like group, sexual abuse, and studying iconography at an Orthodox monastery—I have only allowed those experiences to inform the narrative, which is not a fictionalized memoir. I have never lived in a foster home, thrown up graffiti in public places, studied at SCAD, or met Elaine de Kooning. But I am happy for my readers to know that I am a convert to Orthodox Christianity, I have personally witnessed weeping icons, and Mary of Egypt is my patron saint. Holy Mother Mary, pray to God for us.