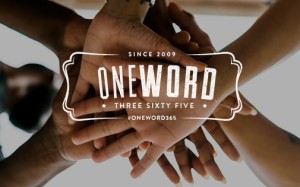 For the past few years, I’ve been choosing a word every December to focus on for the coming year. I register the word with the folks at One Word 365, which is where I got the idea in the first place. Once you do this, you can find others in your “tribe” who have chosen the same word, and contact them if you are interested. 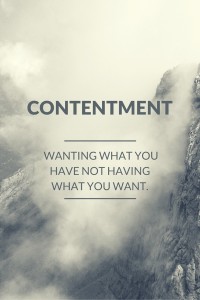 For 2019, I have chosen the word CONTENTMENT. Before I tell you more about why I chose that word, let me tell you about a message I received today from a woman in another state who chose the same word. She looked me up in our One Word “tribe” and sent me a message. Turns out she is caring for someone with Alzheimer’s. Small world. Or large epidemic (Alzheimer’s), depending upon how you look at it. We’ve enjoyed chatting online about our shared and different experiences, and although my journey/struggles with my mother and her Alzheimer’s ended with her death in May of 2016, this woman is in the throes of it right now. She is blessed to have help from family, including a future daughter-in-law who is a nurse.

So why did I choose “contentment” as my One Word for 2019? Because I struggle so much with various elements of its opposite— jealousy, greed, gluttony, resentment, restlessness. My father confessor has encouraged me to practice thankfulness as an antidote to jealousy, and that helps. Looking at my life from the outside (as all of us view one another’s lives) I’m sure most people think I have a pretty charmed life and should find it easy to be content. And I do! I have financial security, a good marriage of 48+ years, fairly good health (having survived cancer and a life-threatening car wreck), three healthy children who have good jobs, four healthy granddaughters, several very close friends, and the opportunity during this later season of my life (I’ll be 68 in March) to pursue my dreams—writing and publishing books. During a 17-month period in 2017 and 2018, I actually had four books published, which is pretty amazing. I went on close to 60 events in 7 states speaking and signing books during those two years, and really had the time of my life. So why do I struggle with contentment?

Psychologically speaking, I’ve been looking for the love I didn’t get as a child (from my grandfather, who molested me, and my mother, who was verbally abusive to me) my whole life. And no matter what I have, it never feels like enough. In some ways I’ve been like an orphan who isn’t sure where her next meal is coming from, so she hoards bit and pieces of food for the future. Metaphorically. I’ve always wanted more. When I was in high school, I wanted to be a cheerleader more than anything life had to offer. When I didn’t get it, I went after everything else. But all the other honors and activities (Secretary of the Student Body, acting in school plays and being a Theater Guild officer, being business manager of the school newsletter, eventually being a “Favorite,” “Best School Booster,” and a member of the Hall of Fame did not make me content. I wanted to be a cheerleader.

At Ole Miss I pledged what I considered to be the top sorority—turning down bids from other sororities—and was elected president of our pledge class. I was dating, and soon engaged to, the president of the senior class. And yet I never FELT like I was popular, successful, or loved. What was lacking? What was it I wanted and didn’t have? This was almost 50 years ago, and yet I can remember it like it was yesterday: I wanted to be skinny and beautiful. I wanted to look like the beauty queens. I was chubby and had eating disorders and was never content with myself.

Those issues followed me into early adulthood and middle age.

And then there’s my “career.” For the first seven years of my marriage, I worked mainly in administrative positions in various medical offices and businesses. I only finished two years of college, not wanting to borrow money to continue school while my husband was in medical school and residency. Once he started making money, I chose to work part time on and off while raising our three children, but I was mostly a stay-at-home mom. So, when our third child left for college, I decided it was time for my “career.” I got cancer right away, which derailed things for a little while. But then I was able to pursue my dreams. I started with painting—studying iconography and eventually leading workshops and teaching in my home studio. In 2006 I started writing seriously, not knowing it would be 11 years until my first book would be published. During those years, I published over a dozen essays in various journals and magazines, but I wasn’t content. I believed that publishing a book would bring contentment.

Friends and fellow writers tell me I should be proud of what I’ve accomplished in my late life career, and I am. Proud. But not always content, which is another thing altogether. I spent months several times during those years trying to get a literary agent, so that my books would have a chance to be published by one of the large houses and be read by thousands. When those plans never worked out, I ended up publishing with four different independent presses who don’t require agent representation—two academic and two small presses. And while my experiences with some of those presses have been wonderful, I’m still in the “small pond.” 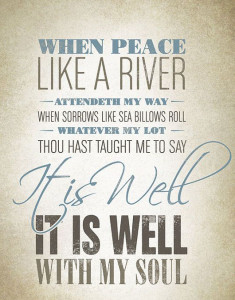 So I tried again last year to get an agent for my short story collection, and also my personal essay collection, but after several months, I lost patience and sent the manuscripts to more indie presses. Of course I’ll be happy to hear that either or both books get published, but I’ll still be in the small pond. I’m asking God to help me be thankful and CONTENT in that pond. And I’m trying to apply Colossians 3:23 to my work ethic:

“Whatever you do, work heartily, as for the Lord and not for men.”

At 67 I’m seeing a glimmer of light at the end of the tunnel is these areas. And I’m hoping that by focusing on CONTENTMENT in 2019, I’ll find that elusive peace I’ve been craving my whole life. As I was writing this post, I found a post on my new One Word 365 friend’s Facebook page that said, “Which Bible verse will guide you in 2019?” I began to look for verses about contentment (here’s a nice list of 20) and found a couple that resonated strongly. I’ll close with my favorite:

“That each of them may eat and drink and find satisfaction in all their toil—this is the gift of God.”—Ecclesiastes 3:13

What would be your ONE WORD for 2019? Whether or not you chose one “officially,” I hope I’ve inspired you to at least consider a goal that will bring healing and encouragement to you in the New Year.