(I’m posting late on Thursday night because I’m leaving early on Friday morning to visit my mother in the nursing home in Jackson, Mississippi. I’m taking her Christmas gifts: warm booties, a soft infinity scarf, and a jingle bell bracelet and necklace. Preparing for the visit fed my thoughts as I penned this post.)

The first time I heard the expression, “bright sadness,” it was used by the Orthodox priest, Father Alexander Schmemann, to describe the spiritual atmosphere attending the Lenten Season. This week I found it between the pages of Father Richard Rohr’s wonderful book, Falling Upward: A Spirituality for the Two Halves of Life (which I introduced in a post just over a month ago, here.) Waiting for an hour in a physician’s office afforded me some good middle-of-the-day reading time. The book is a treasure on many levels—psychologically, spiritually, culturally, socially. There’s much I’d love to comment on from Father Rohr’s writing, but today’s post focuses primarily on Chapter 10, which he titled “A Bright Sadness.”

As a general introduction to the book’s premise, I’ll tell you that Rohr discusses the two halves of life and how we can best prepare ourselves to move from one to the next with the greatest benefit to ourselves and others. In his Introduction he says:

There is much evidence on several levels that there are at least two major tasks to human life. The first task is to build a strong “container” or identity; the second is to find the contents that the container was meant to hold.

I should be finished building my container by now, but my first-half-of-life journey derailed several times and I’m still working on it. But I’m beginning to move on to the inner journey of finding the treasures with which to fill the container. Part of the work of moving on includes both transcending but also including everything from the first half. That takes moral courage, forgiveness (of self and others) and faith. This is where the bright sadness comes in.

There is a gravitas in the second half of life, but it is now held up by a much deeper lightness, or ‘okayness.’ Our mature years are characterized by a kind of bright sadness and a sober happiness, if that makes any sense…. There is still darkness in the second half of life—in fact maybe even more. But there is now a changed capacity to hold it creatively and with less anxiety.

Learning to hold the darkness creatively is something I’ve been working on for awhile now, and it fascinated me to read Rohr’s take on this task. And his reflection (as a Franciscan priest) on my faith tradition’s approach:

Eastern Orthodoxy believed that if something was authentic religious art, it would always have a bright sadness to it. I think I agree with them, and am saying the same of life itself.

As I wrote in this article on iconography (published in First Things in 2007):

Icons have a quality that Constantine Cavarnos called hieraticalness or spiritual solemnity. The expressions on the faces of the saints depicted in the icons often reflect the gravity of mankind’s circumstances. As Frederica Mathewes-Green says: ‘No wonder an icon looks so serious. Our condition is serious.’

So what’s the “bright” side of this bright sadness in the second half of life? Again from Rohr:

Life is much more spacious now, the boundaries of the container having been enlarged by the constant addition of new experiences and relationships…. In the second half of life, it is good just to be a part of the general dance…. The brightness comes from within now, and it is usually more than enough. The dance has a seriousness to it, but also an unself-conscious freedom of form that makes it bright and shining.

I want to become bright and shining, like my friend Urania (who died in 2008) and my friend Sally who lives across the street from me. I know that both of these women embraced darkness (in their similar but different ways) in their lives, and became true elders, which should be the goal of each of us as we make our way into and through this second half of life. I watched Urania shine brighter as she approached her death. 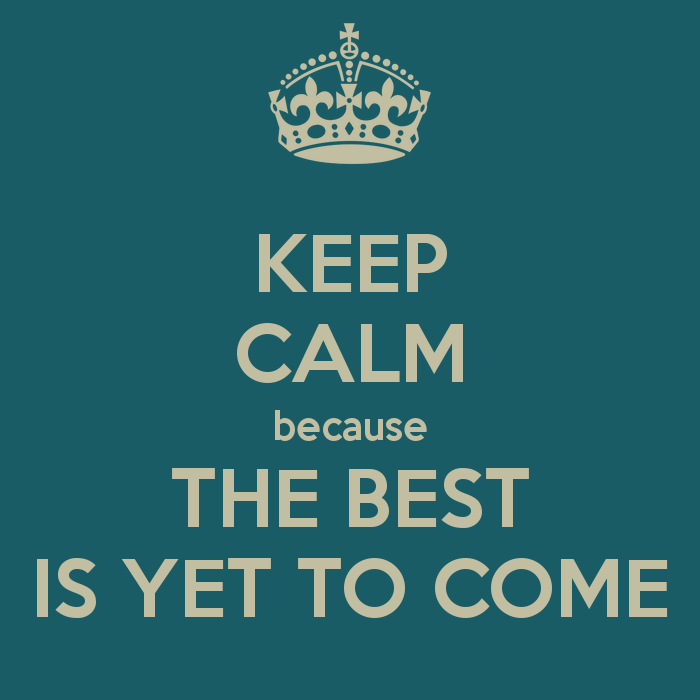 Lately I’ve been thinking a lot about the rest of my life. What if I live another twenty years? Will my health hold up long enough for me to enjoy my grandchildren’s active lives if my husband and I retire to Denver? Will I end up in a nursing home with Alzheimer’s like my mother and her mother? How long do I have?

I was watching an HBO special about Susan Sontag the other day in which she talked about how much she loves life and treasures each moment. It reminded me that I was letting my anxiety about the future steal my joy for the present. My life is good. I survived a life-threatening car wreck and am able to do many things I thought I might never be able to do again. I’ve been married to a wonderful man for almost 45 years. We have a lovely home in a beautiful neighborhood where we are growing closer to a special community of people we really love. Our children and grandchildren are living healthy, productive lives. Part of embracing the bright sadness, according to Rohr, is to love what you have. Today I love everything that I have. My container seems just about ready to begin filling with the content it needs to help me shine.  As Thomas Merton says (quoted in Rohr’s book):

… no despair of ours can alter the reality of things, or stain the joy of the cosmic dance which is always there…. We are now invited to forget ourselves on purpose, cast our awful solemnity to the winds and join in the general dance.

7 thoughts on “Faith on Friday: Embracing the Second Half of Life—A Bright Sadness”