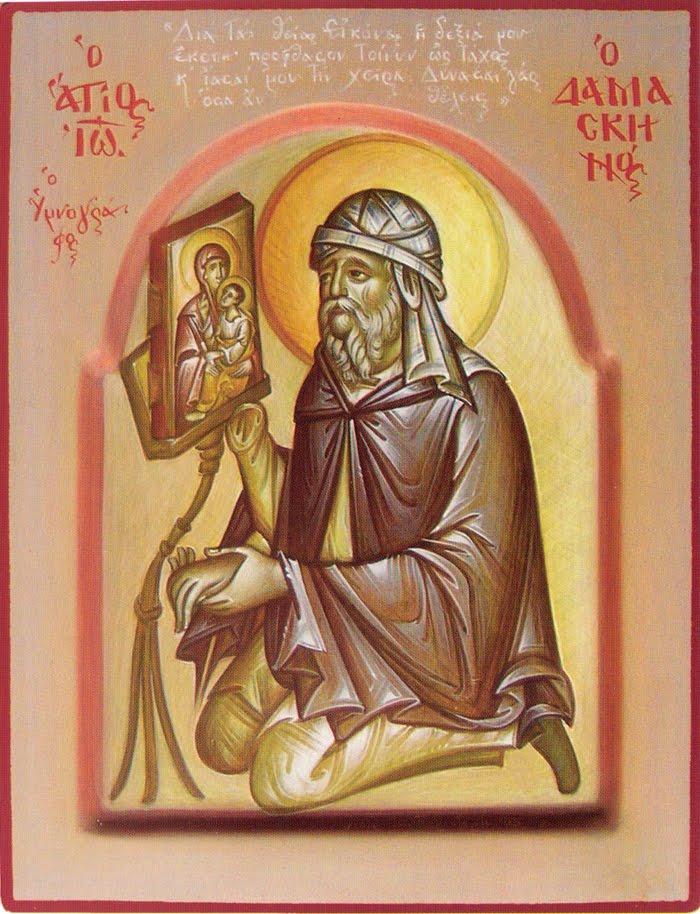 In the Orthodox Church, Jesus and the saints aren’t the only ones who have special “feast days” in which they are commemorated. We even have feast days for icons. Today is one of the more interesting of those days.

During the reign of Leo III in the ninth century, Saint John of Damascus was accused of treason because of his defense of the veneration of holy icons. His hand was cut off and taken to the marketplace. John asked the caliph for his hand, and when he received it, he placed it before the icon of the Mother of God and begged her to heal it. He fell asleep, and when he awoke, his hand was healed, leaving only a red line above his wrist where it had been severed.

To show his gratitude, he placed a silver hand on the icon of the Mother of God, which from then on was known as the Icon of the Most Holy Theotokos “Of the Three Hands.”

The icon was placed in the monastery of St. Sabbas the Sanctified, where John lived as a monk. And later—in the thirteenth century—it was presented to St. Sava, Archbishop of Serbia. During an invasion of Serbia by the Turks, the Christians wanted to protect the icon, so they placed it on a donkey—without a rider—and the donkey took the icon to the Hilander Monastery on Mt.  Athos. The monks placed it in the cathedral church.

Severed hands being healed by prayer? Riderless donkeys taking miracle-working icons to Mount Athos? “If you have faith as a grain of mustard seed….”