The first time I went to Europe, about 36 years ago, my husband and I stayed in a small village on the Neckar River, about 50 miles from Heidelberg. This was in around 1982. We were there for a symposium my husband was part of, and they had us tucked away in a remote little village. I remember playing tennis with a French girl on courts that overlooked the Neckar River. And opening our windows every morning to story-book scenes of milk being delivered outside our castle-like hotel. Our only site-seeing excursion during the symposium was to Heidelberg. 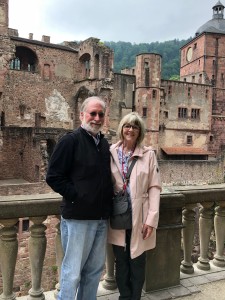 Thirty six years later we returned, on Day 5 of our Viking Rhine River Cruise. Heidelberg is Germany’s oldest university town, known as the cradle of the German Romantic movement. It’s most famous example of baroque architecture, the Heidelberg Castle is a magnificent red standstone ruin perched 330 feet above the river. It was partially destroyed by fire in the 17th century.

As our tour bus ascended to the castle, I snapped a picture of one of the hotels where Mark Twain stayed in the summer of 1878, Hotel Schrieder, now a Crowne Plaza. Of Heidelberg Twain said the city was “the last possibility of the beautiful.” In 1880 he published “A Tramp Abroad,” which includes the story of a raft journey down the river. 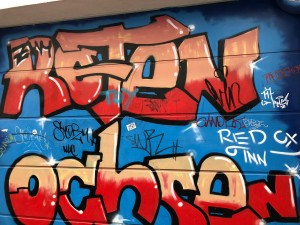 This was published several years before “Adventures of Huckleberry Finn.” Many people in Heidelberg believe, therefore, that the Neckar was as influential as the Mississippi to Twain’s writing.

Later we walked past this graffiti piece, which featured the Red Ox Inn, where Twain spent much of his leisure time. The guide didn’t point the graffiti out, but I’m always on the watch for street art and was thrilled to see the Red Ox Inn included.

The castle moat and grounds were fascinating, but the views of the Old City and river and buildings across the river from the castle were my favorite part of the tour. 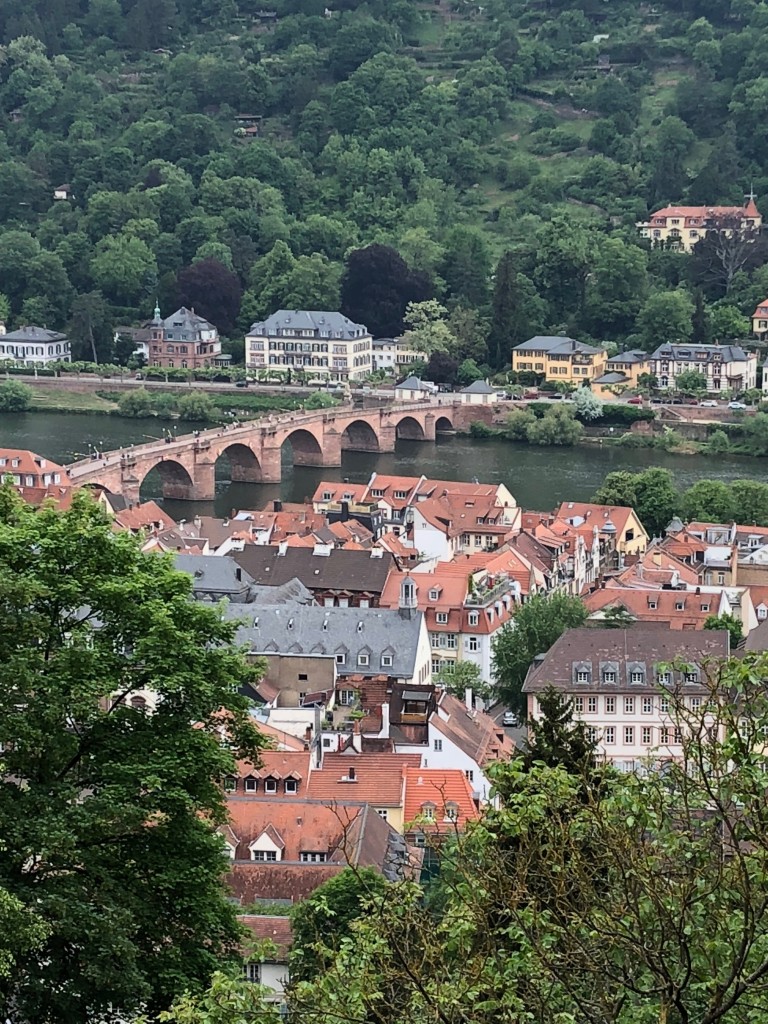 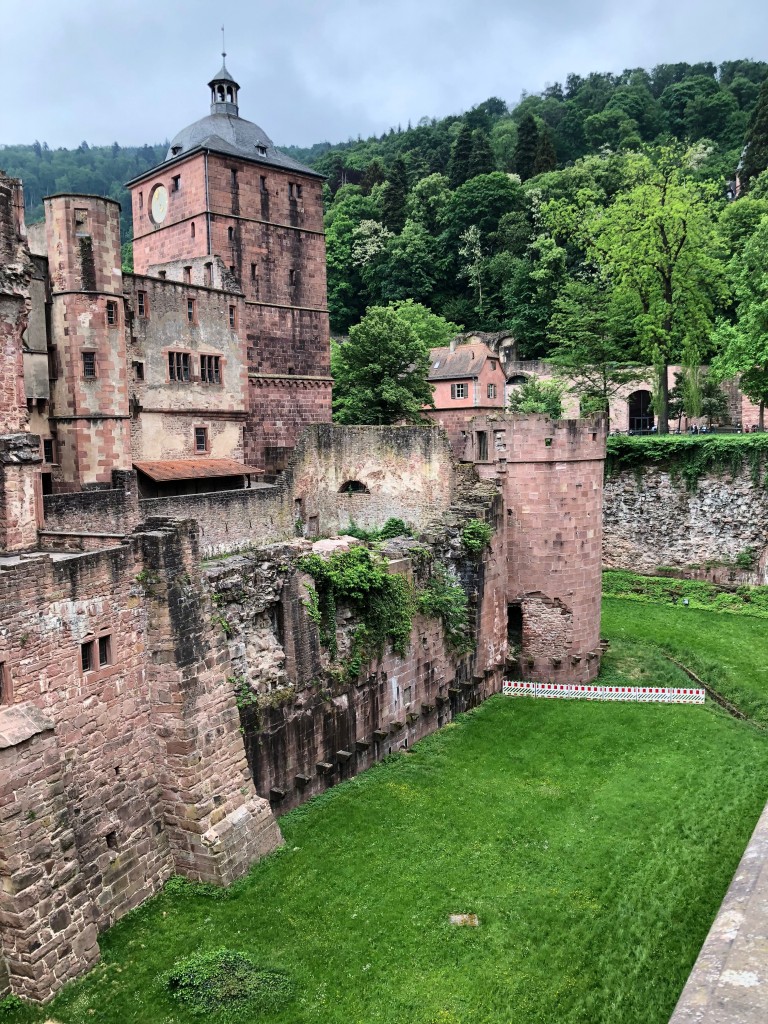 Our boat actually docked at Speyer for our Heidelberg tour, on the west bank of the Rhine. There was a beautiful park there, and lots of local art. 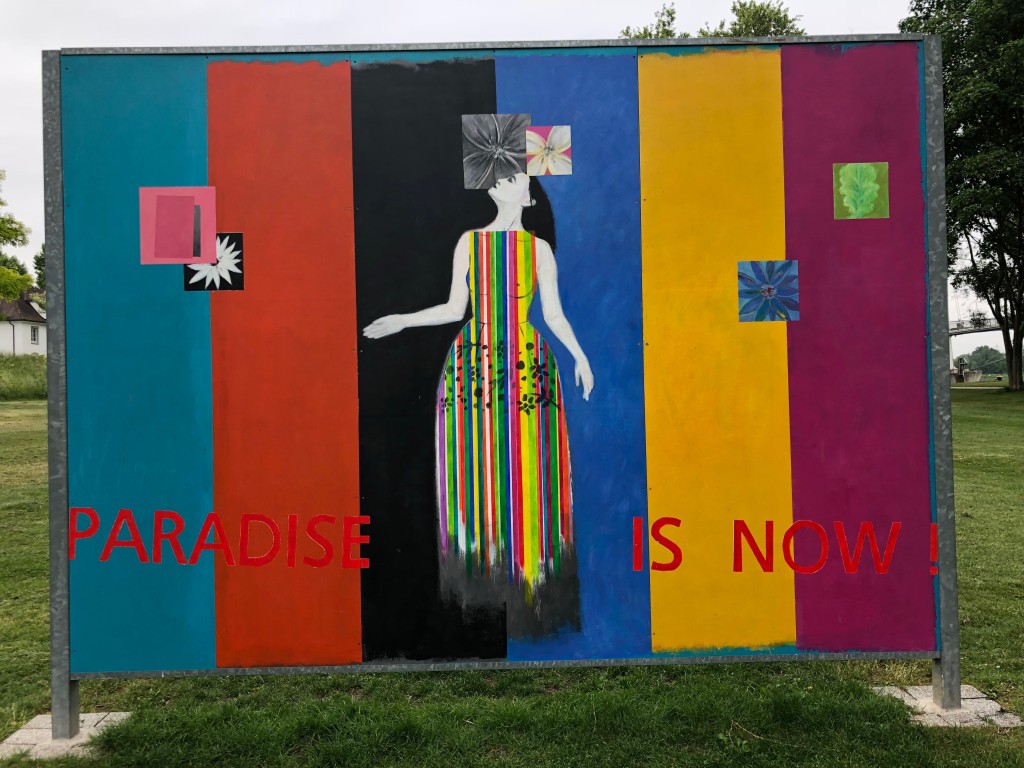 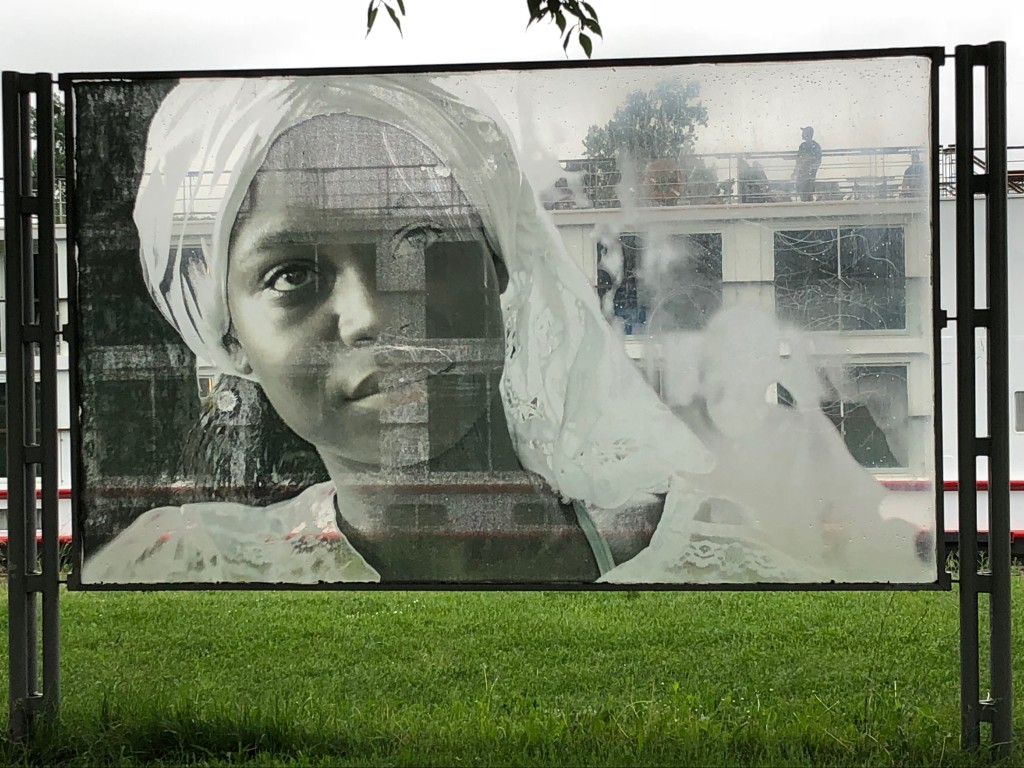 We took an informal walk into town without the group and into the “Memorial Church of the Protestation” a historic Luthern and Reformed church built between 1893 and 1904, to commemorate the Diet of Speyer. 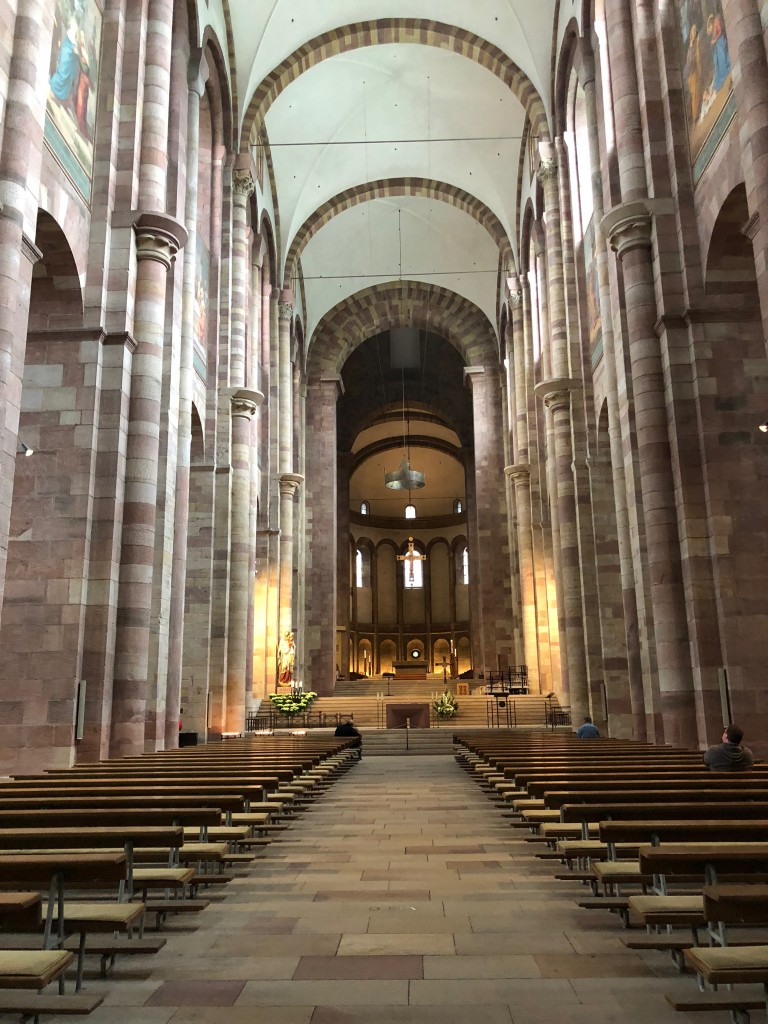 The term “protestant” originated in Speyer in 1529 at the Diet of Speyer, when 14 free cities of Germany and six Lutheran princes protested the Edict of Worms that had banned the writings of Martin Luther and labeled him a heretic and enemy of the state. I grew up Presbyterian and was a huge fan of Martin Luther, but I never thought about why it was called the Edict of Worms until we cruised alongside Worms headed into Speyer. So much history all around us on this amazing trip.

Stay tuned for my next post where we head across the Rhine and dip our toes into France for one day….