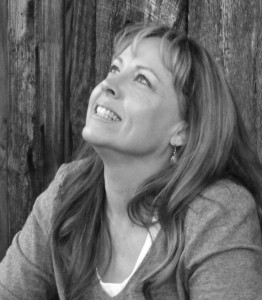 My friend, the multi-talented writer, publicist, mover and shaker, Shari Smith, “tagged” me on her blog post last Monday, “Blogs, Belts and Bravery.” If you’ve never read Shari’s blog, “Gunpowder, Cowboy Boots, and Mascara,” you’re in for a treat. Shari was the creative genius behind The Shoe Burnin’: Stories of Southern Soul project. We met in November of 2008 at a magical literary event in Fairhope, Alabama, known as Southern Writers Reading. And then we found each other again on Facebook a couple of years later and the friendship grew. I was honored when she wrote that I was brave:

She is not afraid of the monsters in her closet. She writes a light to shine on them and though I can’t say if she does that to make them less scary to her, what happens is that they become a little less of a threat to those of us still afraid to open that door. I admire her courage and her pursuit and I have learned from her in ways it took me a while to figure out. 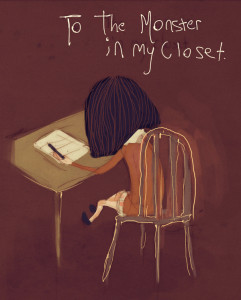 Shari is exactly right that I shine my light on those monsters in order to make them less scary. Although I might not have put it into those words until she pointed it out, this is a huge reason that I write—to shrink the monsters in my closet.

So, that’s a bit about why I write. The request for this blog-tagging thing was to “blog about why you write, your process, what you are working on and tag/link three artists you recommend.”

My process. Hmmm. As organized as I am in other areas of my life, my writing process can run the gamut from super-organized (writing a synopsis and outline BEFORE beginning to work on a book) to gathering ideas, characters and plotlines while walking on the beach, driving, or even while reading another author’s work. Not to steal their 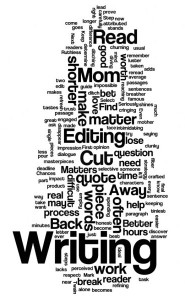 ideas, but to learn and gain inspiration from their literary prose, which is mostly what I read. I have an artist friend who gets this—the value of spending time on a project before the paint ever hits the canvas. And I love research, which can be a good thing or a procrastinator’s poison. But once I get started on a new project I can usually keep moving fairly well—especially on a shorter piece like an essay. With a longer project like a book, I often get stumped half-way through, leaving the plot sagging and the characters bored. This is where the hard work often begins for me. And I don’t write “shitty first drafts” like most people recommend. I revise as I go. So once a “first draft” is finished, it’s really more like a 3rd or 4th draft. But then the actual revisions begin and continue for several run-throughs. 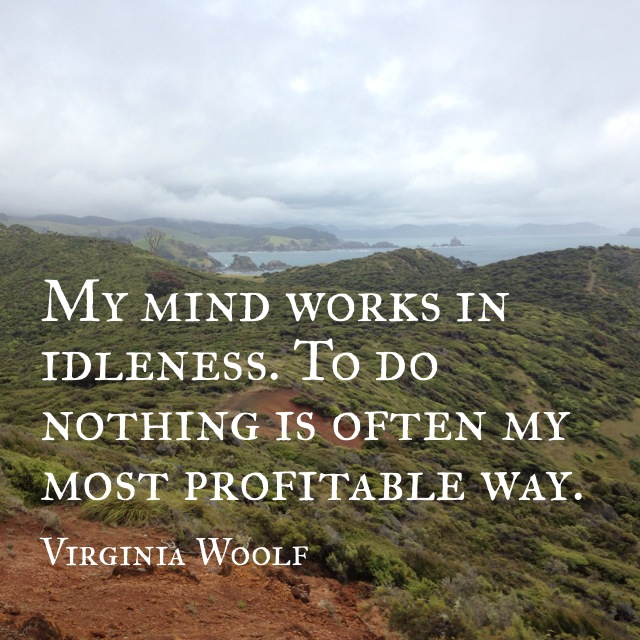 Another thing about my process is that I welcome feedback at certain stages of a project. I get this by submitting manuscripts to writing workshops, to writing “buddies,” and to a writing group here in Memphis. I also work with freelance editors before querying agents.

What I’m working on now (in addition to essays which I sprinkle throughout my longer projects to feed my ADD) is revisions to my novel, Cherry Bomb. I’ve been working with an editor (recommended by an agent) for over a year now, but the work was interrupted for several months due to my car wrecks, surgeries, recovery, house move, travels, etc. I’m trying to complete those revisions now, but they are kicking my butt. Hopefully I’ll pick up steam on this work now that we’re finally settled into our new home and traveling less. 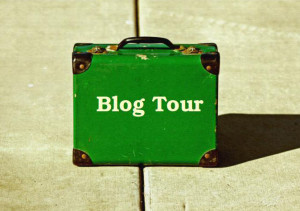 Finally, I’m supposed to tag three authors to follow this same formula on their blogs next Monday. I’m tagging three who are friends and also Tennesseans:

Jolina Petersheim (who also lives near Nashville) and blogs here

You will enjoy following their blogs, and if you check in on them NEXT MONDAY, July 21, you might find them blogging about why they write, what they’re working on now, and what their writing process is about. Maybe.