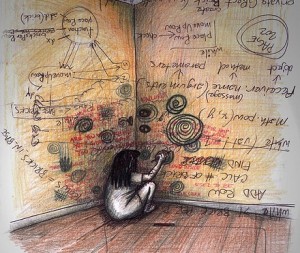 I just finished editing 21 essays by a group of talented women authors for an anthology titled A Second Blooming: Becoming the Women We Are Meant to Be. As I organized them into five groups, loosely following themes and anchoring each section with a quote (this is the fun part) I noticed more than one connective tissue in this body of work. Of course there are difficult themes one might expect from such a collection—loss, suffering, illness, divorce, pain—and also upbeat stories of new careers, creative endeavors, and of course, love.

But an issue that runs through seven of those essays (although they aren’t all organized into one group in the book) is mental illness. Anxiety attacks and severe depression landed more than one of these authors in hospitals or long-term treatment centers.  Alcoholism plagued several writers in the group. One lost her younger brother to suicide when he was only nineteen.

I read this article from The Examiner a few years ago, which suggests that “writers are more likely to suffer from certain illnesses such as mood disorders, depression, and manic depression.” The article notes a number of famous people who suffered from mental illness:

Another article (in Electric Lit) talks about writers and depressive realism:

Another possible explanation can be drawn from the theory of depressive realism, which essentially claims that depressed people are depressed because they see the world as it is—depressing. They are “sadder but wiser.” Writers have to be careful observers of human nature and society. Painters and composers can take inspiration from suffering; but writers have to: drama comes from misery—comedy, perhaps even more so. Depressive realists may often be drawn to writing for this reason.

I remember reading once that Madeleine L’Engle said governments are most likely to lock up writers and artists because they are “dangerous”—they see things as they are and expose truths that some would rather remain hidden. 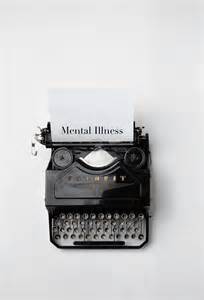 One more reason sometimes given (in the same article) for mental illness amongst writers is that “those who undergo traumatic experiences that often lead to mental health and substance abuse problems may—consciously or not—turn to writing for its therapeutic value. Research shows that by writing about their emotional experiences, people can improve their mental health.” At least one of the writers in this anthology has stated that writing has been her salvation.

Whether or not writers (and other creative types) have a stronger tendency towards mental illness or not, I know that we often work alone, without the support group that can be present in a work environment. I say “can be present” because I know from the years I spent out in the work world that those environments aren’t always good for our mental health. I counter the hours I spend alone in my office writing with breaks for social media (I love Facebook) and “real breaks” for phone calls, coffee, or lunch with friends. I hold especially dear those friendships with other writers with whom I share so many struggles. In fact, I’m off to coffee with one of them right now, and only have to walk across the street to be with her on this rainy Monday morning.
Thanks for reading.