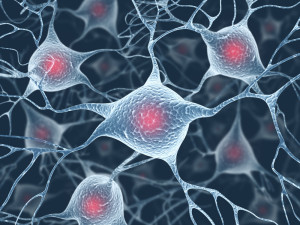 Back in October I did a post, “Plaques and Tangles, the Book,” about my decision to publish a book, Tangles and Plaques, which contains essays drawn from fifty blog posts about long-distance caregiving for my mother, who has Alzheimer’s. (Someone in my writing group suggested I reverse the words in the title, and I like it better this way, too.)

Now I’ve begun the process of querying publishers for the project. I’ve decided to go with small presses, rather than seeking agent representation and hoping for publication with one of the big houses. In the past ten days, I’ve queried eight presses. I found the data base of presses in Poets & Writers. Fingers are crossed.

Meanwhile, I’ve decided to share the Introduction to this collection here. You never know who might be reading…. So here it is.

In the seventeenth and eighteenth centuries, epistolary novels—based on letters or journal entries by one or more characters—were all the rage. In today’s social media culture, blog posts have upstaged journal entries and letters. A collection of those posts could be called the new epistolary.

On November 24, 2007, I wrote my first blog post about my mother, Effie Johnson, and her journey with Alzheimer’s. Over the next eight years, I published more than fifty additional posts about Mom. With a little editing, those posts now appear as essays in this collection.

Why “Tangles and Plaques”?

The brain has 100 billion nerve cells (neurons) that operate like tiny factories. Alzheimer’s disease prevents parts of a cell’s factory from running well. As the disease spreads, cells lose their ability to do their jobs and eventually die, causing irreversible changes in the brain.

With this loss of brain cells comes the loss of memory—the stories that make up the fabric of a person’s life—as well as the inability to perform everyday life chores.

Tangles and plaques tend to spread through the temporal lobe cortex and hippocampus as Alzheimer’s progresses.

Neurofibrillary tangles are twisted fibers of another protein called tau, which build up inside the cells.

Argyrophilic plaques are deposits of a protein fragment called beta-amyloid, which build up in the spaces between nerve cells.

By the time this collection of essays becomes a book, it’s possible Mom may be done with the tangles and plaques. I’m hoping that she will have joined my father—her spouse of 49 years—on the other side, because the quality of her life after seven years in a nursing home so far—being fed through a peg tube to her stomach since January of 2013—is certainly not what I desire for her.

My close friends and relatives know that loving Mom and caring for her has been complicated by her emotional and verbal abuse of me (and my brother) for most of my life. Those issues are addressed in several of the blog posts comprising this book. The silver lining in Mom’s disease is that the same tangles and plaques that have stolen most of her memory have also erased the dysfunctional part: she has forgotten how to criticize and abuse. In her altered state, she is much easier to love. To forgive.

I live in Memphis and Mom is 200 miles away in Jackson, Mississippi. During these years as I have blogged about my long-distance caregiving, I have received many positive comments from readers, some of whom are also in the position of caring for a parent with Alzheimer’s. It was an easy decision to gather these stories into a book so that I could share them with more readers. I’ve done only light editing, not wanting to lose the immediacy and voice of the original blog posts, which were written within a day or two after each visit with my mother.

I have tried to blend humor (“The Glasses,” “I Can’t Find My Panties,”) with pathos (“Disappearing Stories,” “End of Life Issues”); hope with despair, in these essays. Alzheimer’s is a universal issue, especially for those of us in the generation tagged the “Baby Boomers.”

According to the Alzheimer’s Association, the disease is “the only cause of death among the top ten in America that cannot be prevented, cured, or slowed.” It is the sixth leading cause of death in the United States. One in three seniors dies with Alzheimer’s or another form of dementia, and more than fifteen million people provide care to people with dementia.

Mom is second generation Alzheimer’s. Her mother died with the disease at age 86—in the same nursing home where my mother now lives. Of course I watch my mother’s decline with fear and trembling. I often see myself in her place, and all I can do is pray for God’s mercy, and for a breakthrough in the research being done to try to stop this modern-day plague. It is my hope that my mother’s journey—and mine—will resonate with readers who share these struggles. I think you will find that the tangles and plaques aren’t only in our brains, but often in our relationships.

4 thoughts on “Writing on Wednesday: The New Epistolary”