We’re off to Denver to spend Christmas with two of our three kids and their families (which includes our four granddaughters!) so no time to write a blog post this morning. I’ll just send our Christmas card to all of my readers, and thank you so much for reading, for commenting, for friending me on Facebook and following me on Twitter. I’ll be back next week!

I’d like to mention that it’s also been a banner year for William Cushman, who, among other honors, received the 2017 Inter-American Society of Hypertension Lifetime Achievement Award, in recognition of scientific contributions that have substantially influenced the field of hypertension across the American continents. He received the award at the group’s meeting in April in Argentina. His achievements were too many to mention on our Christmas card, but I’m so proud of him. You can read more here. 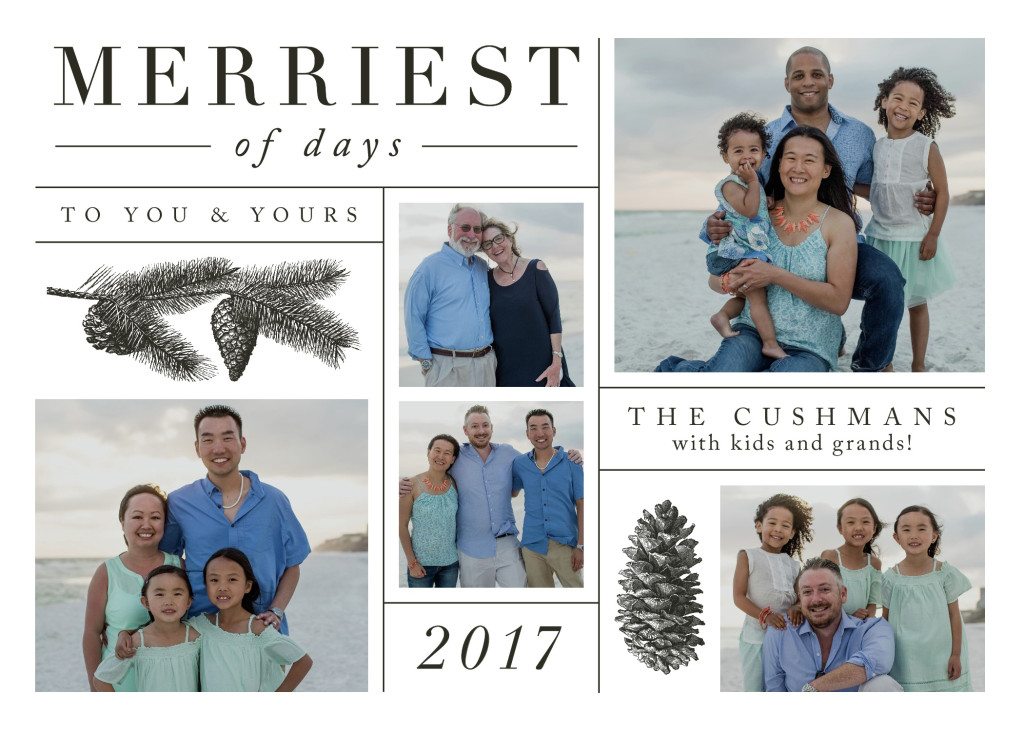 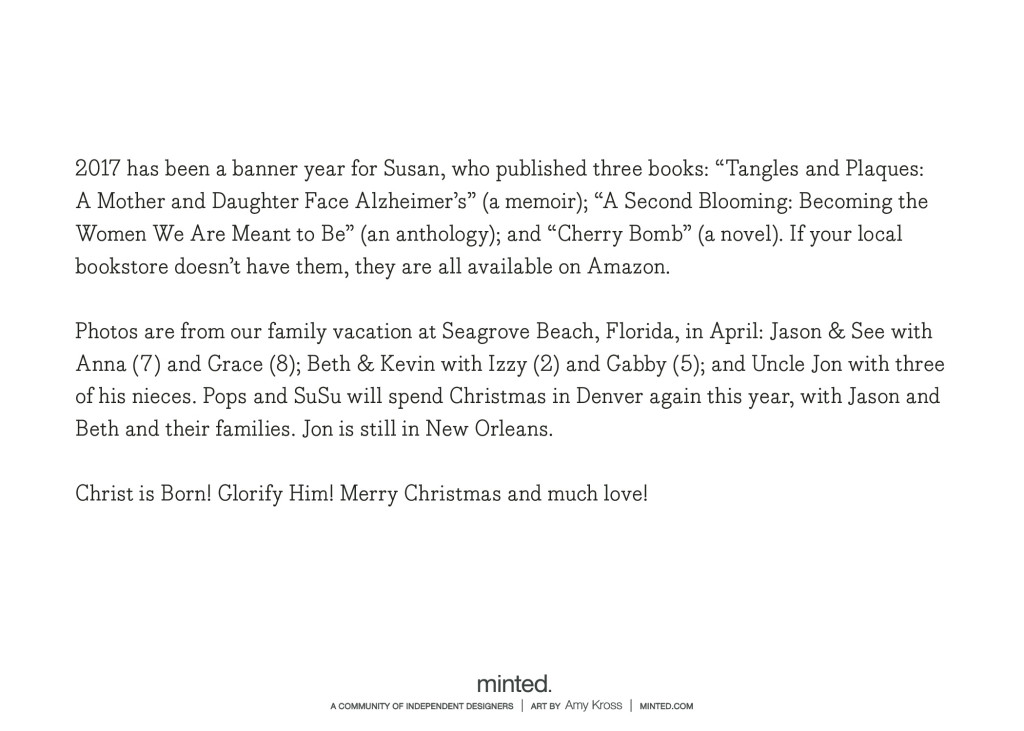