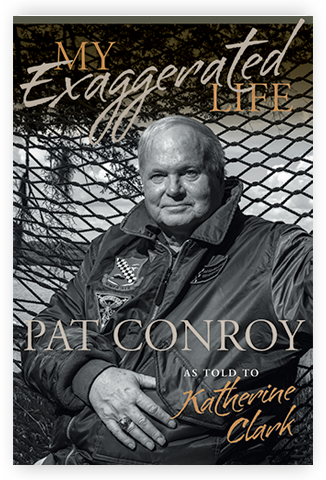 I just finished reading the oral biography, My Exaggerated Life: Pat Conroy, as told to Katherine Clark. I was interested in the book for two reasons:

First of all, Pat Conroy was my favorite fiction writer of all time, and The Prince of Tides is my favorite novel. I’ve read all of his books, and was fortunate to meet him back in 2010. He was larger than life, humble, gregarious, and generous. And because of the abuse he suffered throughout his childhood, and later as a cadet at The Citadel, he understood its lifelong affects, and the therapy that writing provides.

Secondly, I read Katherine Clark’s debut novel, The Headmaster’s Darlings, a couple of years ago, and was so impressed with her prose. (Read my blog post from June of 2016.) I’m honored to have her contribute an essay to the collection I edited, Southern Writers on 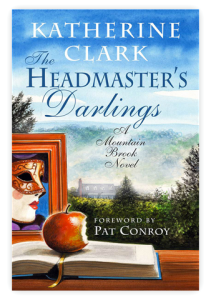 Writing, coming out May 1 from University Press of Mississippi. So I knew this was a book I had to read. And it did not disappoint. Her characters jumped off the page and her prose was elegant. Here’s an interview she did about the novel with Patti Callahan Henry for Deep South Magazine, in September 2015.

I haven’t read the other novels in what is known as the Mountain Brook series, but they are on my “to read” list! Allen Mendenhall interviewed Katherine for Southern Literary Review, May 2017, for her novel The Harvard Bride, which was the third in the Mountain Brook Series.
But back to My Exaggerated Life. Much of what I loved about the book was Pat’s wonderful advice to writers. This piece really spoke to me:

Like Pat, I was sexually abused as a child and young adult, so I was very interested in what he had to say about how the abuse he suffered in childhood and later as a cadet at The Citadel affected him. And how the abuse affected his writing and how writing helped him heal:

Writers like me have chosen a life of agony. Whatever it is we get out of ourselves, whatever poisons spill out of us, you’ll see the results when they’re published…. Fiction is the most agonizing because fiction is us. Nonfiction is the other. Fiction is an absolute reflection of what we have going on inside of us, or what we do not have. 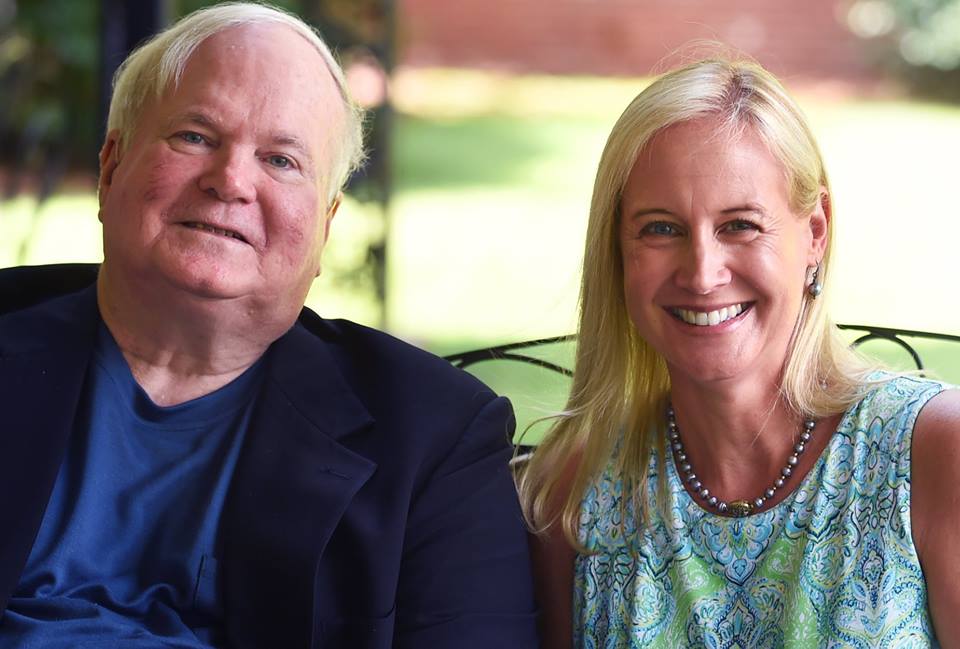 Let’s see what Katherine Clark has to say about this book, with a short interview. She agreed to answer three questions for me:

Susan: I understand that My Exaggerated Life is the third oral biography you published. Can you tell us a bit about the genre, and how it differs from a biography or memoir? And how did you get interested in doing oral biographies?

Katherine: Oral biography is an interesting genre because it offers a narrative that no one has actually written.  In the case of MY EXAGGERATED LIFE, Pat Conroy did not write this memoir, nor did I write his biography.  Instead, I recorded about 200 hours of conversation on the phone with him, had these recordings professionally transcribed, and then edited the transcripts into the narrative that forms the book.  So it is comprised solely of Pat’s spoken words.  It’s a great genre for capturing the genius of a true raconteur, and Pat was as great a raconteur as he was a writer.  I first learned about this genre in college, when I read a book called All God’s Dangers, by Theodore Rosengarten, who recorded an illiterate black sharecropper in Alabama whose brilliant stories illuminated a crucial chunk of Southern history.

Susan: What was the editing process like, once you had recorded so many hours of conversations with Pat? How much of what we read in the book is verbatim what Pat said and how much is edited, if that’s even possible to say?

Katherine: Editing the material Pat Conroy gave me was a privilege and a pleasure.  For one thing, it’s always a great learning opportunity to work so closely with the words of a master storyteller.  My job as an editor was to organize and structure the material into a coherent and compelling narrative, but the words are all Pat’s.  For example, the opening sentences of the book can be found in an interview I did with Pat several months after I started recording him.  The words are his, but I was the one who chose for them to become the opening lines.

Susan: I know that Pat died before he had a chance to read the final version, but you mention that his wife, Cassandra King, read it before it went to press, right? Can you tell us a bit about her reaction, which you refer to in the book? What about Bernie’s reaction (which you don’t refer to)? I met Bernie at a book signing Cassandra and I did in Beaufort last May, and I could immediately see why he and Pat were such good friends.

Katherine: Pat’s wife Cassandra did a heroic job of reading my manuscript the month after Pat died.  At the time, she told me it was painful to read, because it sounded “just like Pat,” and was a difficult reminder of her loss.  But at least this was a sign that my book had succeeded in its mission of capturing Pat’s voice.  Sandra was a tremendous help to me in revising the manuscript, because I’d counted on Pat’s help to perfect it.  She and I had ongoing discussions over many months, and during the course of these, she freely shared her opinions about which stories she was glad Pat had told me, and which ones she wished he had not.  But she always had complete respect for my prerogative as editor to make the final decisions.  I am lucky to be able to call her both colleague and friend.

I’m so grateful to Katherine for writing this incredible book, and for taking time for this short interview. This is a MUST READ for lovers of all things Pat Conroy, and just good southern literature.

If you’re looking for a great writing conference to attend this summer, Katherine will be on a panel with me at the Alabama Writer’s Conclave’s Summer Conference in Orange Beach, Alabama, June 15-17, for SOUTHERN WRITERS ON WRITING, and she will be leading a workshop titled, “The Pleasures and Perils of Editing Oral Biographies.” I’ll be there sitting on the front row, wanting to learn more!