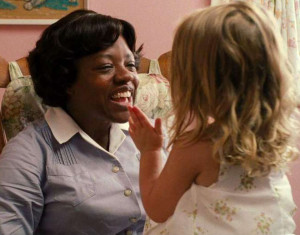 When I read Kathryn’s Stockett’s book, The Help—set in my home town of Jackson, Mississippi—and then watched the movie, with many scenes filmed in Jackson, it was both nostalgic and thought-provoking for me. I loved meeting Kathryn, and actress Octavia Spencer, when they gave a reading at the launch for the book at Lemuria Books in Jackson in 2009. After the event, I spent the night with my best friend from childhood, Jan Connors, and we talked about growing up with “help” in our homes—and even taking them with us on family vacations to do the cooking and cleaning. My family wasn’t wealthy, but in the 1950s and’ 60s, it didn’t cost much to have help.

Lillie Bell Bunzy (yes, that’s her real name) worked for my family from the time I was about three until she got too old. After she retired, I remember taking Bill—my then fiancé, to meet her in her home in a poor black neighborhood in West Jackson. I remember telling him that she helped raise me, especially when my mother was teaching school. The amount of time I spent with Lillie Bell was evidenced by the dialect I was picking up from her. Fortunately my mother just laughed when I would tell her, “I bes (long e) tired.” I remember as I got older feeling uncomfortable having Lillie Bell call me “Miss Susan” and saying “yes ma’am” to my mother, who was quite a bit younger than her. As the civil rights movement moved onto my radar, my love and respect for Lillie Bell—and other black domestic workers in my friends’ homes—grew. I wondered if I would ever hire “help” in my own home.

I got married in 1970. For about a decade, I cleaned my own house. Well, with the exception of a short period of time during which I hired a friend to clean for me. I was working full time while my husband was in medical school. Finally, around 1980, I hired Bonnie to clean one half day a week for me. She was already working for my mother and my best friend’s mother, and would eventually work at Bill Johnson’s Phidippides Sports—the business my parents owned from 1982-1997. Bonnie was African American, was an excellent housekeeper (and even did some food prep and ironing for my mother) and my children liked her. But here’s the rub: some people in the cult-like religious group that we were part of didn’t like me having a maid. A few of them actually called me on the carpet for it—saying I was being haughty and acting “like a doctor’s wife” by doing this. Never mind that I was doing a million things for the group at the time, including hosting weekly church services in our home and taking care of the children of other women who were working. I didn’t fire Bonnie. 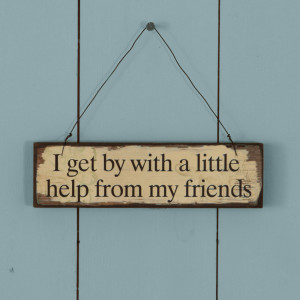 When we moved to Memphis in 1988, I hired Marty to clean one day a week for us. Marty was about my age, white, and had quit her desk job to clean houses. She felt claustrophobic working in an office all day, and wanted the flexibility of being her own boss. For a while her best friend cleaned with her, and the two of them could make our house sparkle in about two hours. Our kids were about the same age, and Marty and I would often end up chatting over a cup of coffee before or after (or during) her shift cleaning my house. I considered her a friend, and was sorry when she quit cleaning houses to return to the corporate world.

Angie was my next maid. Another white woman, Angie was younger than me and had lots of energy. The only problem I had with her was that she smoked, and sometimes I could smell it inside my house, even though she went outside to smoke. But I put up with it because she was so good at her job. I can’t remember why she quit, but I guess it was time for her to move on.

Sarah came next. She was black, and a little younger than me. Her husband owned a furniture company with his father, and they were hard-working, church-going folks. But here’s what I loved best about Sarah—she was raising two grandchildren, because their mother (her daughter) was in and out of prison for drugs. I would do anything for Sarah. I remember one day when I found her in the kitchen crying, looking at a piece of paper with some legal mumbo jumbo on it. I asked what was wrong, and she handed met the paper and asked me to read it to her. The paper was about her impending adoption of her grandchildren. She was embarrassed that she had never learned to read. There were times when she needed an advance on her paycheck (which I was happy to give her) and a couple of times when I gifted her with “bonuses” because she couldn’t afford her glasses or other essentials. She was working for us when our oldest son deployed to Iraq with the Army, and I remember her telling me every week that she was praying for him. She eventually had to take a long leave of absence due to illness, and I had to hire someone else.

That’s when I had a stroke of good luck in finding my current housekeeper, Agnes. Agnes is from Poland, where she got her college degree, but when she moved to the U.S. it didn’t transfer and she couldn’t afford to go back to school. So she started cleaning houses, and she is extraordinary at it. She also works part time at a sewing center where she does beautiful machine embroidery. Oh, and here’s a bonus: her husband (who works for an HVAC company full time) will come and do anything we need around the house—from repairs to building shelves. Sometimes Agnes will be here cleaning and will notice something that needs attention and she will say, “I’ll see when Greg can come and work on that.” And now Agnes’s younger sister Paula has arrived from Poland and is living with her and helping her clean houses while working on getting into the University of Memphis. These are such good people, and I’m so blessed to have them in my life.

I remember when one of my Goddaughters and her family went to Honduras about sixteen years ago as missionaries. When they got there, they were encouraged to hire a native woman to clean and cook for them. Katherine felt uncomfortable in that role at first, feeling that it seemed elitist, especially in the midst of such poverty. But she was told that it was expected of her—that this was an important way for women in the village to make money to help support their families.

So, at age 67, I have now had “help” cleaning my house as an adult for 38 years, since I was 29 years old. We also have “help” with yard care. And a CPA to do our taxes. And a financial planner. And a lawyer. And a slew of health care professionals to help us as we age—including physicians, a dentist, an optometrist, physical therapists, a physical trainer, and a massage therapist. We are part of a community, and just as people depend upon us for what we have to offer, we depend on others for the “help” they have to offer us. Most days I think the scales are tilted in favor of the help, meaning that we need them more than they need us. And today—just like thirty-something years ago—I don’t care what others think of these choices. If there’s something “haughty” about accepting help, then I guess I’m just a snob.

6 thoughts on “The Help”