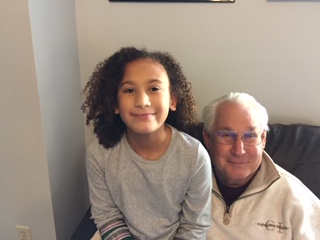 Why doesn’t it have its own name?

This past Sunday, November 24, I was “in conversation with” the author Sonja Livingston at Novel bookstore in Memphis. We were talking about writing and religion, and writing about religion, and really just all things literary. Her new book The Virgin of Prince Street had just released, and she was scheduled for a reading and signing at Novel. I was honored that she asked me to be “in conversation” with her for this event. She insisted I also talk about my own writing, especially as it relates to religion.

I think the conversation turned out to be a perfectly calm storm, because Sonja is Catholic and I’m Orthodox. Our experiences are so different in many ways, and yet we share some important aspects of our faith, like a love for and veneration of the Virgin Mary. Sonja loves statues and I love icons. We talked about those types of images, and about the sacraments, especially confession. Sonja talked about why it is sometimes difficult for her to write about religion, and I think I surprised her by saying that it’s really not hard for me. At all. I’ve been doing it pretty regularly here on my blog for about twelve years, and have included scenes in Orthodox and Catholic churches and monasteries, and scenes that includes priests, monks, and nuns in my novel Cherry Bomb, in numerous essays, and in one of the stories in my short story collection Friends of the Library. But I think the struggles Sonja shares in her writing, especially in The Virgin of Prince Street, are important because she asks some universal questions just by sharing her struggles and her journey.

Everything was going along smoothly until we got to the time for audience questions. You never know what’s going to happen when you invite readers into the conversation. Most of the questions were things we had anticipated, but one gentleman, Craig Cardwell, who is actually a neighbor of ours and whose wife is a retired librarian and avid reader, surprised us both with his question. It wasn’t actually his question, but something his nine-year-old granddaughter Chloe recently asked him. Here’s the question:

“Why are books that are not fiction called ‘nonfiction’ instead of having names that just describe what they are?”

Or something like that. There were a few MFA graduates from the creative nonfiction program at the University of Memphis in the audience, and of course Sonja teaches at Virginia Commonwealth University. The question created quite a stir and resulted in an interesting discussion. One of the MFA grads said there’s a trend afoot to quit using the term nonfiction altogether. When you think about it, it’s such a negative term, and seems to indicate that fiction is the literary standard and everything else is, well, just nonfiction. One of the MFA grads said it would be better just to call each genre what it is—i.e. memoir, essay, biography, etc.

So, I did a little research, and found this interesting article in The Grammarphobia Blog: “Nonfiction before nonfiction.” They posed a question almost identical to 9-year-old Chloe:

“’Why,’ you ask, ‘doesn’t nonfiction have its own name instead of being defined as not something else?’

And I’d love to hear what Chloe’s parents and grandparents are doing to encourage such an inquisitive mind! I have a feeling it has something to do with reading . . . .