Eleven years ago this August I went to the first Mississippi Writers Guild Conference in Clinton, Mississippi. It was pivotal for me in several ways—especially meeting Joshilyn Jackson, who inspired me to start a blog (√) and write a novel (√). I also met prolific short story author John Floyd, who critiqued the story I turned in ahead of time, “The Yellow Rose of Texas.” It was pretty awful, but he was kind and gentle with my soul in his critique. What I learned from the experience was that I just wasn’t in love with the genre. I liked the length—the average popular short story is 3500 words—but I preferred nonfiction if I was going to write short form. I went on to publish essays in a dozen or more journals and magazines and four anthologies. And then I edited two anthologies. It was so much fun putting together these collections of 20 and 26 essays by other writers. 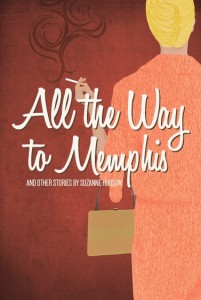 For fiction, I preferred novels. I rarely even read short stories, except for Flannery O’Conner. And then two of my friends published collections of short stories. Suzanne Hudson—who got first place in a Penthouse Magazine short story contest when she was young—came out with All the Way to Memphis in April of 2014, which I loved. These stories are southern to their core, border on gothic, and deal with abusive family members and other issues that dive into the human psyche and land in the heart. When I read them a few years ago, I mused—if only for a moment—on whether or not I could write short stories. 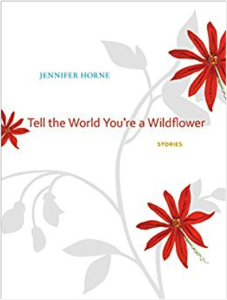 Three months later my friend Jennifer Horne, who happens to be the Poet Laureate of Alabama, published a collection of “linked” short stories, Tell the World You’re a Wildflower. Jennifer already had published several volumes of poetry and had edited three anthologies, so this was a new genre for her, too. Jennifer’s stories encompass plastic surgery and white supremacists, family secrets and family trees, the United Daughters of the Confederacy and a young writer who describes her work in progress as “the bastard love-child of William Faulkner and Alice Walker.” Like Suzanne’s work, these felt like mini-novels, and I loved them.

So here I am, four years later, trying my hand at writing a collection of linked short stories! FRIENDS OF THE LIBRARY was inspired by my visits to libraries in eight small towns in Mississippi (seven of those visits in 2017 and one this year) to speak to the Friends of the Library groups. I spoke to seven groups about my novel CHERRY BOMB, and to one group about my memoir TANGLES AND PLAQUES: A MOTHER AND DAUGHTER FACE ALZHEIMER’S. These road trips into rural areas and small towns of my home state made an impression on me in ways I wasn’t expecting. I read the histories of each town, took in the landscape, and loved meeting the people, who ultimately inspired the characters in my short story collection, although my stories and the characters are completely fictional.

I’ve finished drafting seven of the stories, and I’m up to 34,267 words. And here’s the fun part. I’ve heard lots of writers say that when they are writing, their characters “take on a life of their own” and that they don’t know what they’re going to do next. They talk as if they’re just writing down what they see happening, rather than controlling the plot. I always rolled my eyes when I heard them say things like that. (Queue Twilight Zone music, right?) But guess what? That’s exactly what’s happening as I draft these stories! I did create a rough one-paragraph description of each of the stories before I started writing, but the characters’ lives are, indeed, taking off in all sorts of directions I wasn’t expecting. I’ve never had so much fun writing!

But just because I’m having fun doesn’t mean the stories are funny. They are heavy-hitting, dealing with Alzheimer’s, alcohol, cancer, domestic abuse, adoption, race, homelessness, childhood sexual abuse, and eating disorders. So far. (My final two stories might deal with suicide and/or schizophrenia, and one might even include a kidnapping.) The towns I visited, where the stories are set, include Eupora, West Point, Aberdeen, Starkville, Southaven, Oxford, Senatobia, and Pontotoc. It’s interesting, when I look at a map, that none of the towns are in the Mississippi Delta or the Mississippi Gulf Coast, where I have given readings at bookstores but haven’t visited libraries. That might be something to explore in the future.

I’m off to Pontotoc—in my mind—to finish the story I set there. I can’t wait to see what Robert Earl does next. I’m just trying to keep up!

3 thoughts on “Small Mississippi Towns and the Characters That (Might) Live There!”