>Yesterday afternoon my husband and I went to 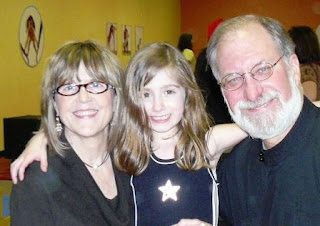 our six-year-old Goddaughter’s birthday party, at The Little Gym. What an amazing place. For an hour and a half, twenty or so six-year-olds play on safe gymnastic equipment, do games with a giant parachute, balls, bubbles and more, while the parents just kick back and watch. 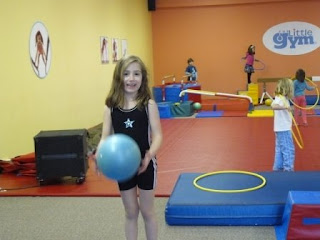 Where was The Little Gym when my kids were growing up? I can remember spending weeks preparing for birthday parties. The most complex was the time a friend and I took our two boys (they were sharing a birthday party) and two station wagons full of friends to the Civil War park in Vicksburg, Mississippi (we were living in Jackson) for their own reinactment. There were soldiers and medics and spies and nurses and everything. What were we thinking?
At The Little Gym, you just show up. And the kids have a blast. Chek out the pictures. I love 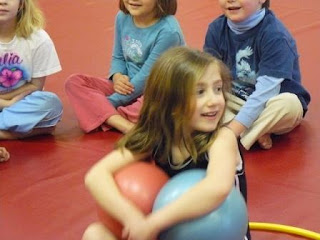 these of Sophie in the center of her friends. 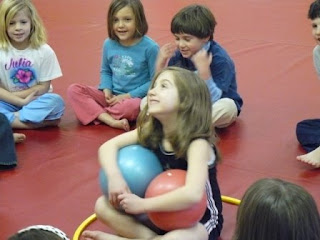 Can you tell she’s not shy? 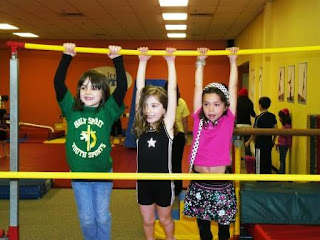 She and two of her friends had a great time on the uneven bars. 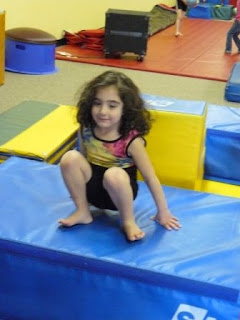 Four-year-old sister Izabelle lands a vault.
While Maya is intrigued by the bubble machine. 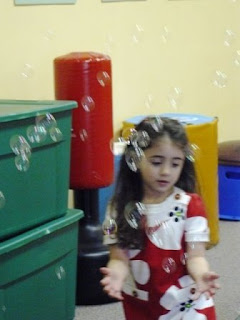 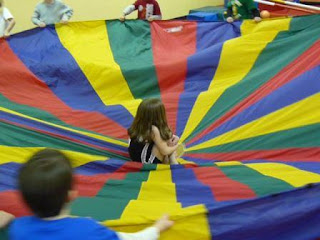 The giant parachute was fun to watch, as they tried to toss balls out of the center. And eventually Sophie got to be in the middle. I tried to download my video of this but couldn’t figure it out this time for some reason.
Anyway, thanks for inviting us, Sophie, and Happy Birthday! We love you!
Please share!