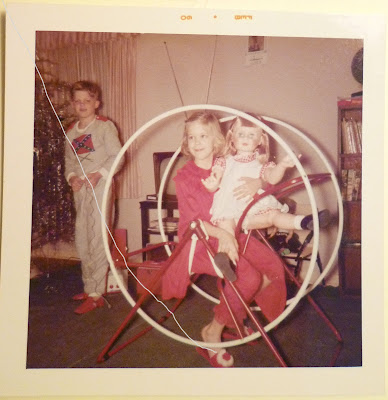 As Christmas approaches, my mind is flooded with memories… of my own childhood, and also the many Christmases with our children, who are now 29, 30 and 34. My favorite Christmas toy as a child would probably not be allowed on the market today because of how dangerous it was. My brother, Mike, and I got it when we were about 8 and 10, back around 1959 or so. It was a “ride” you sat in, tucked your legs up under the seat, and held onto the handles and started rocking until you would spin around and around, completely upside down, over and over.

It might have been safe enough, except that after we got bored with it, we became more creative. Mike created a contest where we would run from 10 feet away and jump into the seat without stopping to start our spin, thinking we could go faster that way. After he missed once and chipped his front tooth on the driveway, that put an end to the game. Later we took the circular part off its stand and tried to ride it down the street… and eventually down a hill. It’s amazing that Mike and I lived through our childhood. 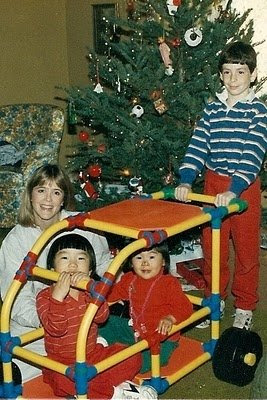 When our children were 3, 4 and 7, we discovered Omagles. Back in 1985 a full set only cost about $100. I don’t remember our three kids playing with anything as long as they did with Omagles. Over the years they built everything from lemonade stands to go-carts out of the PVC pipe set with wheels. Ah… the days before computer games! 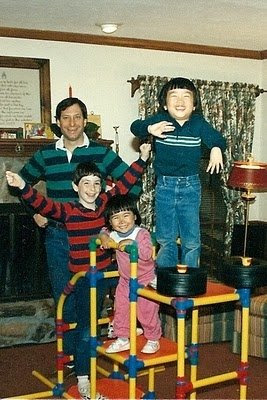 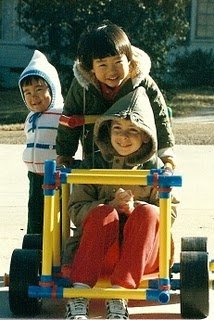 What was your favorite childhood toy?