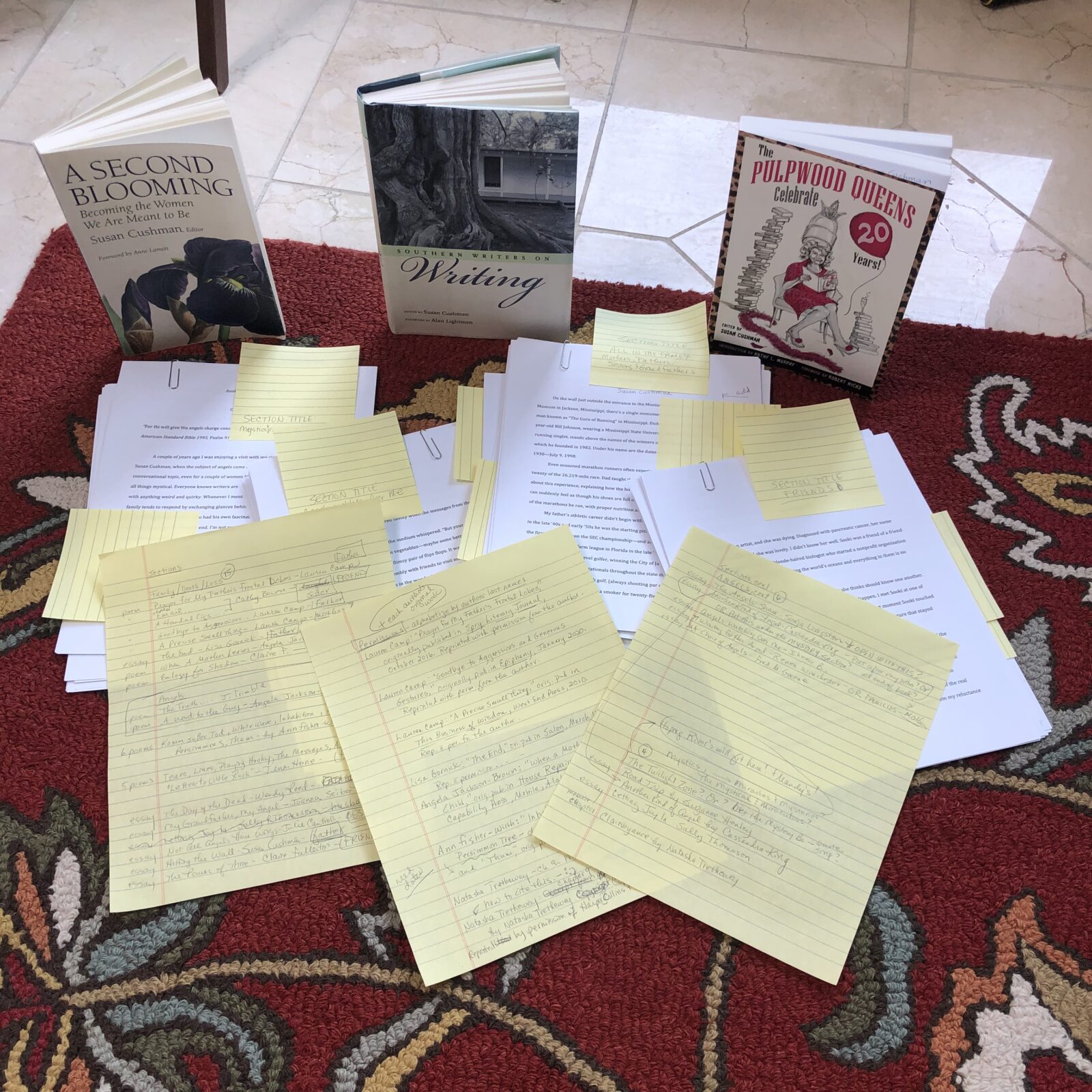 Yesterday I spoke (virtually on a Zoom webinar) to the Women’s Association of Hilton Head Island. Near the end of my talk—which focused on my writing journey and especially my latest novel John and Mary Margaret—the lovely woman interviewing me asked a question authors are often asked when we talk about our current book. They want to know, “What’s next? What are you working on now?” Although I have tried to start a new novel a few times recently, I feel a bit conflicted about the plot, so I’ve decided to put it on the shelf for a few months. Meanwhile, I’m doing what I often do “in between” books. I organize an anthology of work by other authors.

“In between” publishing my memoir, Tangles and Plaques: A Mother and Daughter Face Alzheimer’s (in January of 2017) and my first novel Cherry Bomb (August 2017), I published my first anthology, A Second Blooming: Becoming the Women We Are Meant to Be (March 2017), which contains 24 essays by women authors and a Foreword by Ann Lamott.

“In between” publishing Cherry Bomb and my short story collection Friends of the Library (August 2019), I published Southern Writers on Writing (May 2018), which has 13 essays by female authors and 13 by male authors, all Southern, and a Foreword by Alan Lightman.

“In between” publishing Friends of the Library and my latest novel John and Mary Margaret, I published The Pulpwood Queens Celebrate 20 Years! (December 2019), which has 67 essays by authors and book club members of the Pulpwood Queens organization, and a Foreword by Robert Hicks, an Afterword by Jonathan Haupt, and an Introduction by the Pulpwood Queen herself, Kathy L. Murphy.

The new anthology doesn’t have a title yet, but the “working title” is All Night, All Day: Life, Death, and Angels. The finished volume will have essays and short stories by 18 female authors, poetry (a new addition for me) by 7 poets, and a Foreword by Sophy Burnham, New York Times best-selling author of A Book of Angels.

I am at the fun stage now of editing the contributions as they come in—still waiting on 6 of the 25 authors to send them—organizing them into sections with mini-themes, and writing an Introduction. I am SO EXCITED about this new collection, and can’t wait to introduce the authors. No pub date yet, but more details will follow in the coming weeks, so stay tuned! #ilovemywork #iloveediting