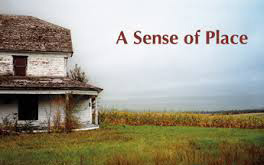 Spending three weeks in the Denver area with kids and grandkids isn’t quite enough time to get a feel for a sense of place here. Even when I spent five weeks here back in 2012 (for the birth of my third granddaughter) I never could wrap my feelings around the city. Compared to the South of my childhood and young adulthood—Mississippi, 1951-1988—and the “MidSouth” of the past 27 years—Memphis, 1988-2015—by comparison Denver feels, well, generic. I’m sure that’s because the natives just aren’t my people. They have a different geography, climate, history, and culture. I’ve been thinking about this a lot lately as my husband and I are considering retiring here in a few years.

When I say “retiring,” I’m thinking more of my husband retiring from his medical career. I don’t think I’ll be ready to retire from writing. And I wonder how living in Colorado will affect my work. Most of my published essays and the novel that’s now being considered by a literary agent are set in the South. It’s what I know. Although two chapters of that novel are set in New York City. But I’ve been there many times and had a blast researching it for those sections. Could I write something set in the mountain states? I’m not feeling it.

I have two friends who have published books—one nonfiction and two fiction—which are set in the Western mountain area. But although Julie Cantrell—author of Into the Free and When Mountains Move—lives in Oxford, Mississippi, she once lived in Colorado, and it shows in the sense of place she creates in her novels. And Kristen Iversen, whom I met when she was living in Memphis and directing the creative writing program at the University of Memphis before moving back to the Denver area, grew up in the Rocky Flats area that she portrays so vividly in her creative nonfiction work, Full Body Burden: Growing Up in the Nuclear Shadow of Rocky Flats.

As I consider “what’s next?”—hoping that “next” means after my first novel is published—I wonder if it will matter where I live when it’s written. I’ve started a second novel that’s actually set in New York City. A good excuse to return there often, right? And another one that’s set in Mississippi, but it’s entirely too autobiographical, which is why I haven’t continued to work on it.

Most of my favorite authors have set their novels—and of course their memoirs—close to where they live or grew up: Pat Conroy and his wife, Cassandra King Conroy, Mary Karr, Joshilyn Jackson, and of course writers like Harper Lee, William Faulkner, and Eudora Welty.

But then there are exceptions. I can’t think of many, but The Tilted World, about the devastating Mississippi flood of 1927, co-written by husband and wife authors Tom Franklin and Beth Ann Fennelly, isn’t set in either of their home states. I know they did a ton of research to capture the terrific sense of place in this literary page-turner.

If something outside the South captures my interest enough for me to set an entire novel in another part of the country (or the world), maybe it won’t matter which state I’m living in when I write it. Maybe I will write the “historical art fiction” books I’ve got in mind while living in Colorado one day. I’m finally going to Paris next year, so maybe I can do some research while I’m there. Sounds like a plan.

Now that I’ve settled that, I can get back to grandmothering in peace. Just finishing up this post before heading to bed. Goodnight all.

3 thoughts on “Writing on Wednesday: A Sense of Place”