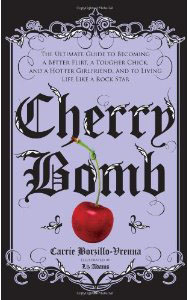 When I started writing Cherry Bomb, I Googled the title to be sure there wasn’t a recent novel by the same name. I found another book, published in 2008: Cherry Bomb: The Ultimate Guide to Becoming a Better Flirt, a Tougher Chick, and a Hotter Girlfriend–and to Living Life Like a Rock Star. While this book has nothing in common with mine, I thought I could not (legally) use the same title, so I added a subtitle to mine: Cherry Bomb: A Novel. I didn’t know it wasn’t necessary until yesterday.

Yesterday I discovered that Jill McCorkle and Kate Atkinson are both releasing novels with the same title, Life After Life, in April. And for the first time, independent booksellers have declared a tie for their No. 1 Indie Next Pick, selecting BOTH Life After Life novels for April. No legal issues, and a surprising marketing boost for both authors. 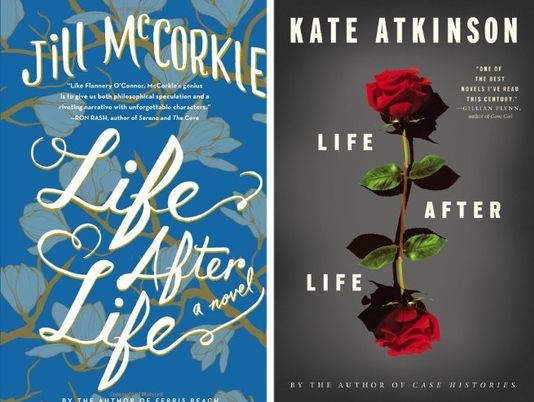 So maybe I won’t need to add “:A Novel” at the end of my book title. Hopefully an *agent will guide me concerning this. I’ve now queried 65 agents for my novel, Cherry Bomb, and have 25 rejections. Several are still reading partials or fulls. I take encouragement, not only from fellow Jackson, Mississippi, native, Katherine Stockett, whose best-selling novel, The Help, was rejected by over 100 agents, but also by my friend Joshilyn Jackson, (another Southerner) who reminded me recently that she queried 160 agents for her first novel, gods in Alabama. Only one agent responded, and he has now sold five best-selling novels for Joshilyn. If you want to read an extremely entertaining blog, check out “Faster Than Kudzu.”

One of the three protags in my novel is based on Elaine de Kooning, an Abstract Expressionist painter who died in 1989. At first I changed her name to Emily Kaiser in the book, thinking I couldn’t use a real person’s name in a novel if I was going to fictionalize her life so much. But I spoke with an intellectual right attorney who said it would be fine, and using her real name would make the book more interesting to art lovers. Fast forward a year and a half, and one of the rejections I received from a literary agent recently included this comment:

I am uncomfortable with using Ms. de Kooning’s real name in the novel.

I guess my novel doesn’t clearly fit into the historical fiction genre. I don’t know where it fits exactly… but again, I’m hoping an *agent will help me with that.

My friend, Karissa Knox Sorrell, a precious young Nashville writer whom I met at the Southern Festival of Books this past October, has a terrific blog. She’s almost finished drafting a memoir, and her post yesterday was all about how to organize the story–chronologically or thematically? We’re both converts to the Orthodox Church, and I can’t wait to read her memoir, which is about her spiritual journey. Check out her post if you’re interested in how a book comes together. I’m sure we’ll be seeing it in print one day.

So, after my post on Monday–in which I whined a bit about no one ever calling me–a friend and fellow Memphis writer who read the post emailed me with an encouraging inspirational quote, and then invited me to lunch today. I really wasn’t trying to drum up sympathy, but I’m looking forward to spending time with this wonderful woman. Emma and I both lived in Jackson, Mississippi, for 37 years, but not the same years. We met a few years ago when she took one of my icon workshops. Since then, we’ve been together at several writing workshops, and I’ve dropped in on the dream work group she leads at St. John Episcopal Church here in Memphis. Last fall, Emma invited me to give a reading from Circling Faith: Southern Women on Spirituality, for her Sunday School class at St. John, and a brief talk on writing essays and memoir. My spirits are already lifted this morning, just thinking about having lunch with Emma. (The picture is from an evening two years ago when Emma and I had dinner with Nashville author, River Jordan, following River’s reading at Davis-Kidd Books.)

2 thoughts on “Writing on Wednesday: On Titles, Names, *Agents (snuck that one in) and Organizing Memoirs”