Note: Today’s post is a day late. I’ve been busy counting calories. (I’ve lost 3 ½ pounds in 3 days!) Couldn’t think of a way to call it something that starts with a T, as in “Talking on Thursday.” So it’s just Writing on Wednesday. Late. Now let’s get to it. 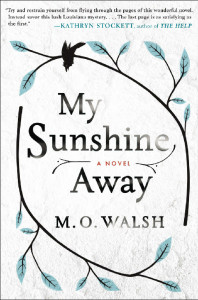 I’ve never written anything in second person. Except maybe a few blog posts, and then only accidentally. This happens when the writer addresses the reader directly. Maybe I do that more often than I realize in this blog, but never in my essays or novel-writing. And so I was taken a bit by surprise when I realized that the novel I’m reading right now, M.O. “Neal” Walsh’s (New York Times best seller) My Sunshine Away, is written in second person. Or maybe it’s first person, but with a second person narrative voice? I really don’t completely understand this technique, but it definitely pulls the reader into the story. A few examples:

“I believe Louisiana gets a bad rap. I don’t want this story to add to it, though I know it will, because people often discount what we say here.”

“Now go into the world and tell this story.”

“All of this just to form my excuse, I suppose, when I tell you the next thing I did.”

“My memories of the neighborhood keep no calendar but one: before Lindy’s rape and after, and this was before. That I can tell you.”

Walsh continues to address the reader directly throughout the novel. But even the passages which could be considered first person have a more intimate tone. The second person voice permeates the story and the reader is definitely drawn in. We care about the narrator and the other characters greatly—especially the narrator. It is, as Kathryn Stockett (author of The Help) says, “a mystery you can’t wait to solve.” 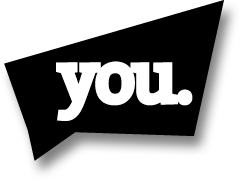 I was thinking about this as I went to my monthly writer’s group on Tuesday night. One of the manuscripts we critiqued also uses this second person device, and I thought it was brilliantly done. The immediacy of the action and the attachment to the characters is heightened by the narrator’s voice.

If you’re interested in learning more about writing in second person, here’s an excellent piece from the New York Times’ “Draft” column—“Second Person” by Ehud Havazelet.

Thanks for reading. And writing!