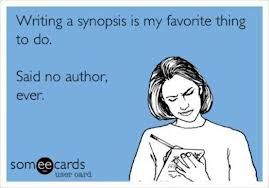 I’m having a difficult day, so this will be short. If you want to read something really good about writing, go to Karissa Sorrell’s blog and read this:

“The Path of a Writer”

Meanwhile, I’m trying to finish up a manuscript to submit to a writing workshop (it’s due Friday) and the workshop director requested a SYNOPSIS to go with the first chapter for those submitting a novel excerpt. 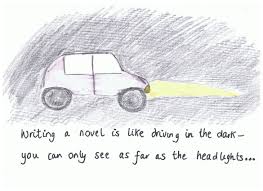 Since this new novel is in the very early stages of conception, the synopsis will most likely change quite a bit by the time the novel is finished. But it’s helpful to get one done at the outset. It’s kind of like an abbreviated outline. A guideline for the plot, which will take many new twists and turns that the author isn’t even aware of yet. And sometimes the synopsis helps show the holes in the plot, where more work is needed later.

Actually, this is shorter than a more fully developed synopsis, but it’s a starting point. Since I don’t know how the novel will end yet, it has to be a little loose.

And now to finish that first chapter!

A novel by Susan Cushman

Red, Black and Silver is a work of historical fiction. The setting is Manhattan and the East Hamptons from the mid 1950s to the present. Some of the characters are based on real-life artists from the Abstract Expressionist circle, including JACKSON POLLOCK, his wife, LEE KRASNER, and his lover, RUTH KLIGMAN.

The protagonist, ESTHER, is completely fictional. As the love child of POLLOCK and KLIGMAN—born after POLLOCK’s death in 1956—she holds the key to one of the art world’s modern mysteries: the authenticity, survival, and eventual public appearance of POLLOCK’s final painting, “Red, Black and Silver.”

KLIGMAN had claimed that POLLOCK painted “Red, Black and Silver” as a “love letter” to her. POLLOCK’s jealous wife, LEE KRASNER contested its validity for many years.

Over a half century later, modern forensics would prove it to be the work of POLLACK. Some critics would say it represents an embryo in a womb, and POLLOCK’s desire for a child, which his wife wouldn’t give him. KRASNER died in 1984 and KLIGMAN in 2010.

ESTHER’s role in the story is to bring to light the layers of human desire which were hidden—as was the painting—for all those decades. Adopted as a newborn, ESTHER does not discover her parentage until after the death of her birth mother, KLIGMAN. “Esther” means “hidden” in Hebrew.