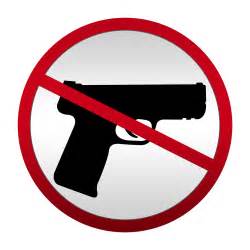 I know there’s a lot out there to read about what happened in Las Vegas, and what keeps happening in our country, and the ongoing issue of gun control. I rarely weigh in on such issues, but this week I read two things that I feel are worth sharing.

First, this article Monday in The Hill:

The American College of Physicians issued a statement Monday labeling mass shootings a “serious public health issue” and calling for a ban on automatic and semi-automatic weapons in the wake of the mass shooting in Las Vegas:

“We must acknowledge that lack of a U.S. policy to address gun violence is the reason we have much higher rates of injuries and deaths from firearms violence than other countries,” the group said in a statement. “Specifically, we call for a ban on the sale and ownership of automatic and semiautomatic weapons.”

And speaking of other countries, my friend (and New York Times best-selling author) Virginia Morrell posted this on Facebook this week:

In Australia, the citizens have a social contract that considers the lives of the country’s citizens “as precious,” and so people voted for gun control. I am envious.
Editorial, from the Sydney Morning Herald:
“It is incomprehensible to us, as Australians, that a country so proud and great can allow itself to be savaged again and again by its own citizens. We cannot understand how the long years of senseless murder, the Sandy Hooks and Orlandos and Columbines, have not proved to Americans that the gun is not a precious symbol of freedom, but a deadly cancer on their society.
We point over and over to our own success with gun control in the wake of the Port Arthur massacre, that Australia has not seen a mass shooting since and that we are still a free and open society. We have not bought our security at the price of liberty; we have instead consented to a social contract that states lives are precious, and not to be casually ended by lone madmen. But it is a message that means nothing to those whose ideology is impervious to evidence.”

And here’s another article from the Sydney Morning Herald:

“How Australia beat the gun lobby and passed gun control”

As the “greatest” country in the world, we need to learn from Australia. We need to prove we are great by protecting our most precious resource—our people.