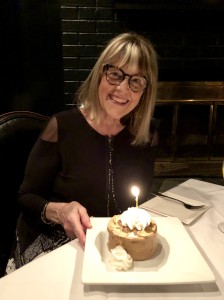 I am 67 years old today. Damn, that sounds old! But it also sounds wonderful because, as E.E. Cummings said,

“It takes courage to grow up and turn out to be who you really are.”

If you’ve been following my blog, you know that I had my last drink SIX MONTHS AGO TODAY, on September 8, 2017. I wrote about it here: 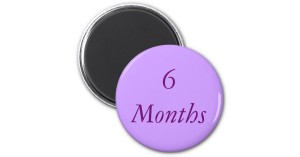 My closest friends are as baffled as I am about how I’ve been able to do this. Without rehab. Without AA. (Read my first post above for more info on that.) And today, six months in, I’m more convinced than ever that it has to do with:

Timing. I read Annie Grace’s book, This Naked Mind, at a time when I was ready to hear her words, and ready to act on them.

God’s grace. Every morning I ask God to help me make it through the day without a drink. And every evening I say thanks. Kind of like Anne Lamott’s book, Help, Thanks, Wow. That’s exactly how I feel today!

It also has to do with believing that people can change. In my blog post from August 8, 2010, “Can People Change?” I quoted an Orthodox psychotherapist, Dr. Jamie Moran, from his essay, “Orthodoxy and Modern Depth Psychology,” in the book Living Orthodoxy in the Modern World:

People who leave a space for God—even for the ‘hidden’ God, which is what the Holy Spirit is: God’s humility—can be helped, and can change. They can learn to live with the most extreme damage and suffering and yet still find joy in life…. People who leave a space for God are able to make that change of heart, not for any sentimental reason or out of any moral superiority, and certainly not because of what is conventionally called piety, but because and only because, despite their selfishness, they truly acknowledge and have faith in a force that is greater than themselves. They are willing to open their selfishness up to that greater force, and in opening its closed system, to begin to let life teach it its mistakes and heal its wound, and comfort its genuine suffering. 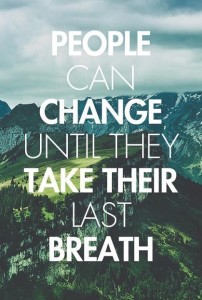 I was trying to change back then, and for many years before that. But I couldn’t seem to let go of one of the main things that gave me comfort from my suffering—both emotional and physical—alcohol. (Another thing that I’m still struggling to let go of is trying to find that comfort from food, and I’m hoping that I will learn to do that as I have learned to let go of alcohol.) Sexual abuse—both as a child and as a young adult—left me in a messy battle with God, self, and my abusers, leading first to a lifetime of disordered eating and several decades of disordered drinking.

I’ve also struggled most of my adult life with anger and depression, which are in many ways two sides of the same coin. But in these areas I also believe that people can change, and I’m thankful to see progress with both of those demons in my own life, starting ten years ago when I had a breakthrough with anger, and wrote about it in an essay that was a finalist in the Santa Fe Writers Project: “Blocked.” And I’m continuing to learn ways to deal with depression—and its close cousin despondency—this Lent, as I read and write about Nicole Roccas’s new book, Time and Despondency.

So, as I move forward today into my sixty-eighth year of this amazing life that God has given me, I will try to continue to leave a space for God. Because I believe that people can change.