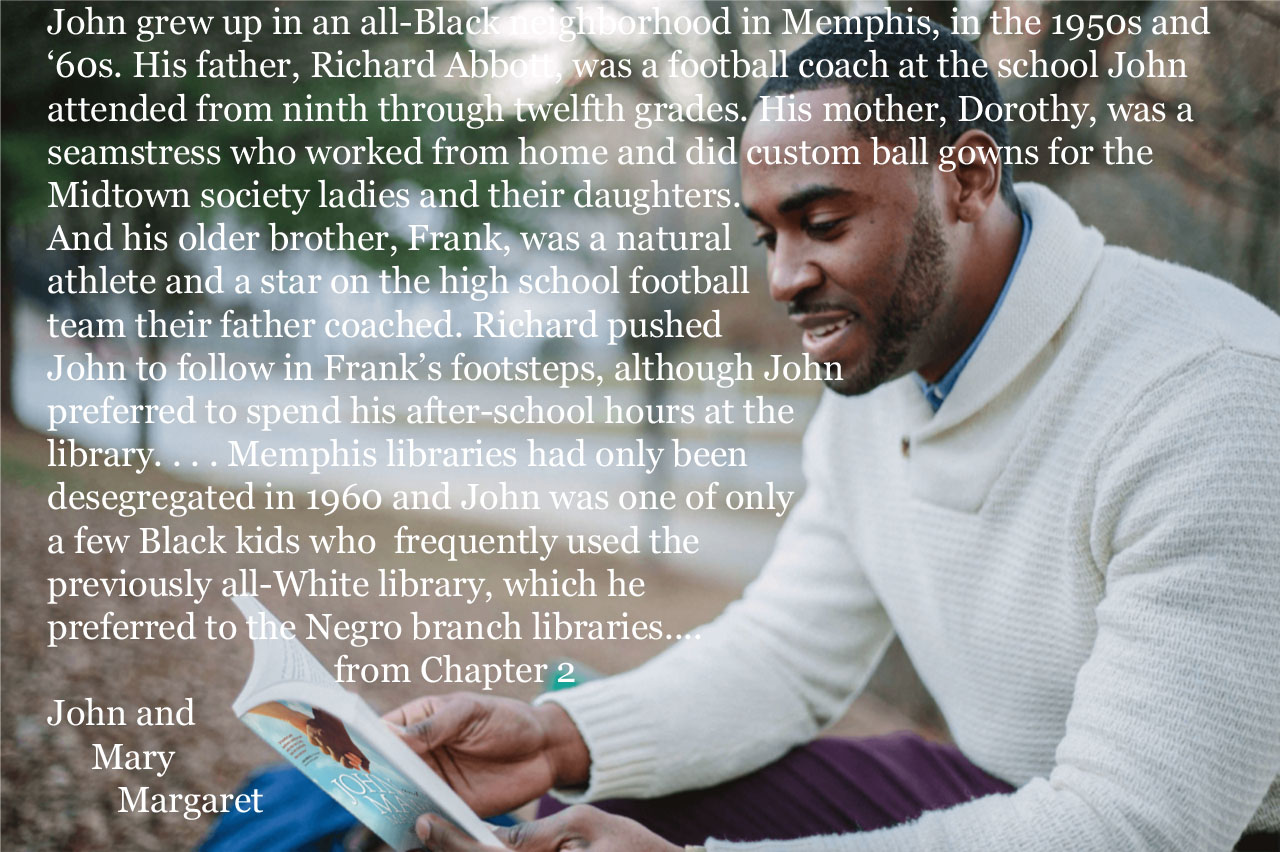 Writing From Each Side of the Color Line

My new novel JOHN AND MARY MARGARET releases this Tuesday, June 8! I’ve already had about seven interviews (see all the press for the book so far HERE) and a few reviews, and I’ve actually been surprised at how few people have asked me the question I was most expecting: “How do you feel about you—as a White female—writing about a Black male, who is one of the protagonists in John and Mary Margaret?” Or even, “What gives you the authority to assume that voice?”

When Black author (and former director at NBC News) Jeffrey Blount and I were preparing to be “in conversation” for the virtual launch of John and Mary Margaret this past Friday night (hosted by Novel Memphis – you can watch a video of the dialogue here), we discussed this topic, and Jeffrey shared an article from the Wall Street Journal (January 29, 2021) that was helpful. “James Baldwin’s ‘Cultural Appropriation,’ and Mine” by Scottish writer James Campbell tells why Black authors like James Baldwin and Toni Morrison feel it’s important for White authors to write about Blacks.

Before I continue, I thought I’d share a definition of “cultural appropriation.” I think this one is good:

As Campbell says in the article:

Writers on each side of the color line have more than just the right to cross the divide and report back. It is their duty. Imaginative life depends on cultural exchange. Literature depends on the imagination. To put it another way: Culture is cultural appropriation. Any artist worth the name should be willing to take a punch for it.

In his 1967 novel, The Confessions of Nat Turner, William Styron, a white southerner, told the story of America’s bloodiest slave revolt—in the voice of its African-American leader. Campbell writes about Toni Morrison’s response to the criticism Styron received:

Asked by the Paris Review if Styron had “the right” to take Nat Turner as a subject, Morrison replied: “Of course he does. He has the right to write about whatever he wants. To suggest otherwise is outrageous.”

The challenge to writers today, I think, is not to disown any part of our heritage. Whatever our theme in writing it is old and tried. Whatever our place, it has been visited by the stranger, it will never be new again. It is only the vision that can be new; but that is enough. —Eudora Welty

Not everything that is faced can be changed, but nothing can be changed until it is faced.—James Baldwin, The Cross of Redemption: Uncollected Writings

Never be afraid to raise your voice for honesty and truth and compassion against injustice and lying and greed. If people all over the world…would do this, it would change the earth.—William Faulkner

I refuse to accept the view that mankind is so tragically bound to the starless midnight of racism and war that the bright daybreak of peace and brotherhood can never become a reality… I believe that unarmed truth and unconditional love will have the final word.—Martin Luther King, Jr.