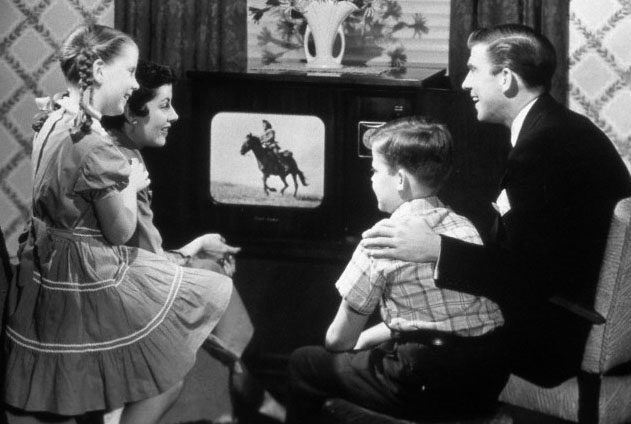 There. I’ve said it. I know there are lots of writers who don’t “waste time” watching television, but I love it. I’ve loved it since my family got our first black and white set when I was five years old. I loved watching Perry Mason and Bonanza with my grandmother when she lived with us when I was in elementary and junior high school. She had the “mother-in-law suite” in the house my parents built in Jackson, Mississippi, in 1957. My brother and I would crawl up onto her four-poster bed while she relaxed in her recliner chair and lose ourselves in the latest courtroom drama or exciting shoot ’em up.

By the time I was in high school, my mother and I had begun to bond watching late night shows, especially the Tonight Show. My brother went to bed early because of his 4 a.m. paper route, and my dad usually fell asleep in his bed watching the 10 o’clock news. So Mom and I ended up in the den with a bowl of popcorn and Johnny Carson.

I missed a year of television when I was a freshman at Ole Miss. No one had TVs in their dorm rooms in 1969-70, and this was before computers. And for a few of the early years of my marriage, I continued my media drought, when my husband and I were part of a radical religious group that eschewed such secular activities. The first shows I remember watching when we got a new set in the mid ’70s were mostly sports. I especially loved watching Chris Evert play tennis.

Fast forward to the 1980s when we were raising three kids and being very (over?) protective about what they could watch. Fortunately our kids were so busy with sports and school they didn’t really have time to get hooked into too much bad television in those days. They still kid us for not letting them watch The Simpsons (I still don’t like the attitudes in that show) and later for boycotting Friends and other such “worldly” shows. But by the time our kids were in high school, we were all hooked on ER, which we often watched together.

In the mid ’90s I went through another radical spiritual phase and once again removed myself from watching TV for a couple of years. (I also quit listening to secular music and only read spiritual books during that time.) But once I returned to the secular world, I got hooked on television dramas.

I’ve never liked comedy, so I began following lots of drama that some people call night-time soaps. I still love to watch tennis, as well as golf and the Olympics. And my husband and I enjoy watching some singing reality shows, like The Voice, together. He doesn’t have time for dramas (he works all the time) so I record my favorites and watch them when he’s working on a paper for a medical journal or preparing slides for a lecture. So, I thought maybe I’d do a “top 10” list of my favorite television shows. Here goes. 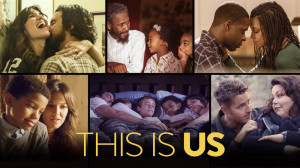 This is Us  The writing and acting are superb, and the main topics—especially weight and food issues, mixed-race families, and adoption—hit close to home for me.

Law & Order SVU  Again, terrific writing and acting, and I’m into stories about rape, probably because of my history of sexual abuse, although I was never actually raped. Mariska Hargitay is one of my favorite actresses.

Scandal  Maybe I just love the name “Olivia,” since Kerry Washington and Mariska Hargitay’s characters in Law & Order SVU and Scandal share these names. I will say that I have to fast forward through the torture scenes. The show does get a little too dark at times.

The Brave A new show this season, which I’m really enjoying. I’ve always liked war shows, and this one harks back to a show I watched a few years ago, The Unit. Anne Heche is terrific, and I’m also enjoying watching an actress I’d never seen before, Natacha Karam, who plays Jasmine.

The Handmaid’s Tale  I actually binge-watched all of Season 1 on Amazon fairly recently. As dark as it gets, I couldn’t quit watching it. The Guardian says it’s “too disturbing, even for Margaret Atwood.”

Grey’s Anatomy  It’s not as good as ER was back in the 1980s (okay, sure, I had a huge crush on George Clooney), but I do love a good medical drama.

The Good Doctor  A new show this season, it features Dr. Shaun Murphy, an autistic surgical resident, played beautifully by Freddie Highmore (Bates Motel) with one of my favorites, Richard Schiff as Dr. Aaron Glassman.

Madam Secretary  A much lighter drama than many I enjoy, but there’s something about Téa Leoni. Maybe it’s her hair. I’m drawn to strong female protagonists, as you can tell from my list. (I miss The Good Wife!)

How to Get Away With Murder Also a bit dark/violent, but again, it’s the strong female protag who draws me in. Viola Davis can flat out act. I enjoyed the scenes at the law school in early episodes (remember The Paper Chase?) but recent episodes have really gotten dark.

Law & Order True Crime: The Menendez Murders  This is fairly new, but I’m already drawn in.  Edie Falco is excellent, and I’m always interested in how people (like the Menendez brothers) react to abuse.

And two shows that I really miss are Parenthood and Nashville.

And in a different category than these dramas, I also love The Voice and So You Think You Can Dance.

If you’re wondering how I find time to watch so much TV and also write (I published three books this year, remember?) and read (so far I’ve read 33 books this year)… I record all my favorite shows and don’t watch commercials, for one thing. This saves 20 minutes for each 60-minute show. I also watch while I’m on the elliptical. And after spending most of my days working (writing, editing, marketing, social media) I watch TV at night. Hope you enjoyed my list. What are your favorite shows?

4 thoughts on “I LOVE TELEVISION”