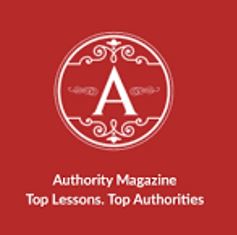 I was interviewed recently by Authority Magazine and here’s what they published:

“5 Things You Need To Know to Become a Great Author”

I wasn’t really comfortable with being called a “great author,” but that was their words, not mine. I hope that some of my words encourage other writers to keep doing what they do . . . or to start writing if they haven’t yet! I’ll share one of the magazine’s questions and my answer here.

What is the main empowering lesson you want your readers to take away after finishing your book?

As I wrote in my Author’s Note in the back of JOHN AND MARY MARGARET, I penned most of the book in the midst of growing unrest in our country as protests erupted nationwide in response to the killing of unarmed Black men by White police officers. The inequality and mistreatment of Blacks started in the 1500s, when the first enslaved Africans were brought to what would become South Carolina.

Now, 500 years later, the descendants of those enslaved people — who were legally freed in 1862 — are still fighting for justice and equality. I came of age in the 1960s Jim Crow South, and even though I have a Black son-in-law and mixed-race granddaughters, I know racism that is born in a person is extremely hard to heal. I say “heal,” because I believe that racism is a moral and cultural illness. As I continued to awaken to the decades of racism I have lived through, I looked for a way to speak up. This book, JOHN AND MARY MARGARET, is me speaking up.

2 thoughts on “Interview in Authority Magazine”