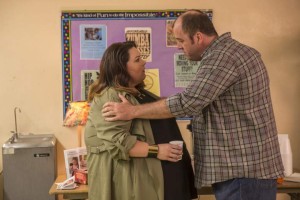 I’ve been watching the new show, “This is Us,” on NBC. It follows a family with triplets (well, two triplets, since the third died in childbirth, and the parents adopted a third baby who had been abandoned at the hospital) and the daughter has a weight problem. Shown as a girl of around eight, she was already a little chubby, and her mother was encouraging her to eat fruit when her brothers were eating sugary cereal for breakfast. Then there’s a discussion between the two of them where the mother says, “You know I love you. I’m just trying to help.”

Those scenes take me back to my own childhood—well, actually my adolescence—when I gained weight too quickly and my mother started in on me. But she wasn’t as gentle as the mother in the TV show (played by Mandy Moore). So I’m watching to see how their relationship changes as the daughter gets older. (The show goes back and forth between decades, showing their childhood and later the kids as adults.) 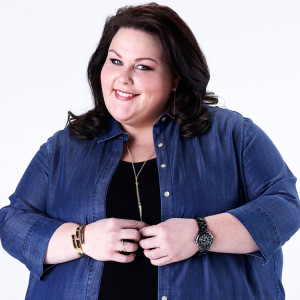 In the scenes where the “triplets” are adults, “Kate” (played by Chrissy Metz) is seriously overweight. In one scene in Episode 2, Kate meets “Toby” (played by Chris Sullivan) at a therapy group for people with weight/food issues. Toby is attracted to Kate and convinces her to go on a few dates, but as he pushes for intimacy, she is obviously afraid. There’s this one scene that tells it all for me, when Toby asks her to go somewhere with him where they can just be themselves and not think or talk about food and weight issues. He says something like, “Life is not just about being fat.” She replies, “For me, it’s always going to be about the weight.” As Avery Thompson says in Hollywood Life:

It invades every aspect of her life, and she just can’t change what she feels in her core. Her confession is an honest one. Not many people have the guts to talk about what really troubles them deep down in inside so openly.

I felt her pain in my gut a she said this. And I understand that it’s “what she feels in her core.”

There’s a slim young woman in Kate’s overeating therapy group who has body-image distortion issues. I also identified with her, from back when I was running an aerobic dance business in the 1980s and weighed 116 pounds. I would look in the mirror—in my spandex tights and leg warmers—and still believe that my thighs were too fat. (Of course I’d give anything to weigh 116 again.)

So when Kate says it’s always going to be about the weight, I worry that I’ll never be free of this obsession. I worked so hard to lose that 15 pounds last fall, winter, and spring, and then so easily gained back 10 of it this summer, and now I’m ready to start losing it again. But the prospect of having to focus on everything I eat (again) isn’t a happy one. I’m tired of this lifelong battle. Of course when I share this with people, I get lots of suggestions about different diets and lifestyle eating choices. And it’s not that I don’t appreciate people trying to help, but I’m pretty well informed. But “knowing” is only half the battle, if even half. For me, it’s about waking up every morning and as part of my morning prayers asking God (and Mary of Egypt, my patron saint, and my guardian angel and Mary the Mother of God) to help me that day to be disciplined in my eating and exercise habits, and to please help me lose weight.

I’ve been praying that prayer almost every day since I was a teenager. I’m sixty-five years old. And now I’d really like to lose 25 pounds, which sounds like moving a mountain.

Anne Lamott said (in an article for Oprah Magazine in 2009) that one thing she did to become the person she was meant to be was “…whenever I could, for as long as I could, I threw away the scales and the sugar.” She makes it sound so simple… to quit caring about her weight, but also to quit eating sugar. Neither is something simple.

And so I begin again. Today. I’m going to try to talk to myself as a kind, sweet, supportive, non-judgmental mother would talk to her daughter. As I know my own mother thought she was doing, God rest her soul. I’m going to try to quit blaming her. I’ve already forgiven her, which is a big step, but taking responsibility for my own actions and leaving her out of it is much harder. Today I’m going to focus on my writing projects (three!) which I love—proof-reading galleys for one book; working with an editor on the manuscript for another; and honing marketing plans for a third—and hopefully the joy this work brings me will flow over into a more positive focus on food and exercise. Deep breath. Here goes….