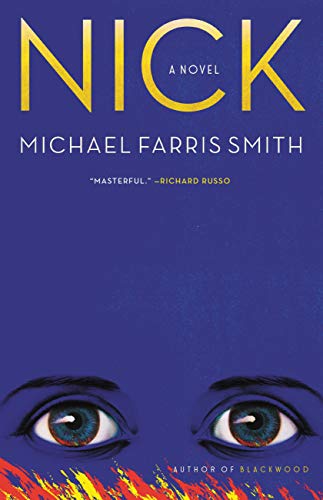 (Not really) a Book Review

My fifth read (and third novel) of 2021 is Michael Farris Smith’s “sequel” to The Great Gatsby. Nick was a fascinating read. My immediate thought upon finishing was to find a copy of The Great Gatsby and read it immediately. I search the numerous (six? seven?) book cases throughout our house and couldn’t find a copy, so I ordered one online. Since we’ve been in the throes of a snow/ice storm here in Memphis, mail is slow, so I decided to watch the 1972 movie while I waited. It did not disappoint—I especially love Sam Waterston, who played the part of Nick Carraway—but it did bring up some questions.

After reading about Nick’s experiences in the trenches and tunnels in France during World War I in Nick, I thought he was bound to have some form of post traumatic stress disorder (PTSD) in The Great Gatsby. It was all over Smith’s book. Not only the horrors of war, but his difficult childhood, which left him always looking for love. He found and lost that love in a sweeping romance in Paris, and continued his search (for what?) in the bars and brothels of New Orleans, before reluctantly returning home to his parents in Minnesota. It was from there that he went to work at a bond firm in Manhattan and ended up living in a small cottage next door to Jay Gatsby’s estate. That’s where Nick ends and Nick Carrraway’s experience with Gatsby begins.

Smith’s publishing and marketing team wise scheduled the release of Nick just as The Great Gatsby was going into the public domain. Read more about that here if you’re interested.

When I posted a photo of the book on Facebook and mentioned how much I loved it, one reader responded negatively:

“The author made no effort to emulate the language used in Gatsby, even though both books are supposedly narrated by Nick Carraway.”

I had actually never considered whether the author of Nick should try to emulate Fitzgerald’s language from Gatsby. They are two different authors. But I will say this: Smith’s language is beautiful. At times terrifying. At times gentle and compassionate. And the new characters he introduced from Nick’s time in the War and in New Orleans and on the train to Chicago are fascinating.

Another Facebook reader left a comment asking if Smith’s book portrayed Nick as a gay man. She felt he was obviously gay in Gatsby, and commented that Tobey McGuire’s portrayal in the 2013 movie made this more obvious. In the 1972 version with Sam Waterston as Nick, it wasn’t so obvious. At least not to me. But if you want to read more about this, you might check out “The Queering of Nick Garraway” in The Millions.

I met Michael in 2017 when he was touring for his wonderful novel Desperation Road (probably my favorite of all his books.)

I love the cover of Nick, which is a throwback to the eyes on the large billboard featured in the book and movie, advertising an optometrist’s business. They are haunting. They also appear on the cover of Gatsby.

I love book blurbs, and I read the ones on the back of Nick before diving into the story. Here’s my favorite:

“Nick is, sentence by sentence, scene by scene, an atmospheric masterpiece of imagination and prose. With scenes that take your breath away and forget to give it back, Smith takes us on an immersive and redemptive journey from the trenches of the Great War to Paris, to New Orleans, and beyond”—Patti Callahan, New York Times bestselling author of Becoming Mrs. Lewis

I hope that Patti and I have stirred your curiosity and you’ll grab a copy of Nick and dive in soon!