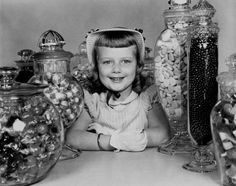 A couple of months ago I announced that I am editing another anthology, So Y’all Think You Can Write: Southern Writers on Writing (University Press of Mississippi, 2018). With a foreword by Alan Lightman and essays by 25 Southern writers, this collection is going to rock. I’m like a kid in a candy store, thrilled as the treats (essays) arrive in my email box. And what a joy to edit these pieces by such accomplished authors. (Not much editing needed!)

The essays aren’t due to me until February 1, but I’ve already received and edited eight of them, and written “one-liners” to save for the introduction. So today I’m sharing those one-liners (sometimes two lines) as a teaser for the collection. If any of them interest you, Google the author and buy one of their books!

Clyde Edgerton brings his teaching skills to bear in his didactic essay, “Three ‘One Things’,” encouraging writers to use craft to make their fiction work.

The prolific mystery short story author John Floyd writes about the South he loves as a place of contrasts, with a rich oral history that offers much fodder for writers in “In the Land of Cotton.”

Harrison Scott Key invites the reader to “sit in the cockpit of my soul and soar through the atmosphere of me” as he discovers the need for humility and transparency in “The Meek Shall Inherit the Memoir: Then and Now.”

Corey Mesler writes about how agoraphobia informs his work ethic—spurred to creativity even as he is chained to his desk and a solitary lifestyle.

In “A Life in Books” Lee Smith reveals what she calls “the mysterious alchemy of fiction,” declaring that writing fiction—living in someone else’s story—healed her grief after the death of her son.

Mississippi author Michael Farris Smith attributes his initial inspiration to Barry Hannah and Larry Brown, and later William Gay, Richard Yates, and Harry Crews. But he shares that it was ultimately perseverance and hard work that got him published in “Keep Truckin’.”

Sally Palmer Thomason counts Maya Angelou and Willie Morris among the gifted Southern authors who helped her gain a greater appreciation for her chosen homeland after leaving California for Memphis, Tennessee in “How I Became a Southerner.”

In “On the Baton Rouge Floods of 2016 and My Nostalgia For the Half-Gone,” M.O. Walsh muses on whether Southern writers have a stronger bond with place and a greater sense of loss.

Can’t wait to read the rest of these essays, and to put them together into a collection.

2 thoughts on “So Y’all Think You Can Write”