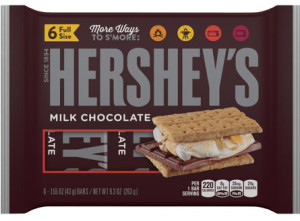 I thought that when I quit drinking in September of 2017, that it was the hardest thing I’d ever done. Turns out it was just the tip of the iceberg. Turns out Kettle One martinis have nothing on Hershey’s milk chocolate.

Of course it’s natural to crave sugar and carbs when suddenly abstaining from alcohol, which is full of both. And on top of that, I’ve struggled with disordered eating all of my life—not just my adult life. Being molested by my grandfather when I was five, and then being emotionally and verbally abused by my mother most of my life—especially when she was drinking—left me with a messy battle with food, alcohol, and my body. I was hoping that breaking up with alcohol would fix everything. Turns out it was only the end of one affair.

In recent months, Hersheys Kisses moved into my life with all the force of a lover in heat. It started with only a few Kisses a day, not even every day. But then it escalated to whole bags of kisses, which I would devour without stopping, usually while watching something dark on Netflix, like Homecoming. When I mentioned my kisses binges to a couple of people, they laughed, not realizing the seriousness of my situation. One of my favorite essayists, Anne Lamott, a recovering alcoholic herself, seems to condone my habit, as she writes in her latest book Almost Everything: Notes on Hope:

Don’t let others make you feel unsophisticated if you reach middle age preferring Hershey’s Kisses. So many of your better people do. Also, always carry a handful of Kisses in your backpack or purse to give away. People will like you more. 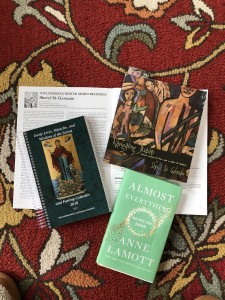 As I read those words, from someone who like me had ended her affair with alcohol, I wondered if I could enjoy just a handful of kisses without eating the entire bag. I thought back to when and where the attraction to the Kisses began. It was five months ago today—June 15—when I was speaking at the Alabama Writers Conclave Conference in Orange Beach, Alabama. I’m always nervous when I’m going to be speaking, and I was also teaching a workshop at this event. When I was drinking, I would shore up my courage with alcohol prior to any such event, but with that source gone from my life, I innocently picked up a handful of Hersheys Kisses from the snack table in the foyer of the building where the workshops and talks were being held. For two days, I returned to that table again and again, pocketing more and more handfuls of Kisses. (I wrote about this new lover in a post in September, “Disordered Eating Revisited.”)

Recently I wondered if I could slow my roll by switching from Hershey’s Kisses to Hershey’s chocolate bars. One bar had fewer ounces than the smallest bag of Kisses, so maybe I could wean myself off. The taste was just the same—the amazing texture and the instant comfort as the milk chocolate melted in my mouth and pumped its sweetness into my blood stream. I even found myself comparing the rush to that of a vodka martini at the end of a long day, when I’m in physical or emotional pain, nervous, or stressed. But just like the vodka, after a while one was not enough. I would purchase a 6-pack of chocolate bars—intending to eat only one a day—but I found myself eating all 6 in one sitting, more than one time. I knew I was in trouble.

Enter the Nativity Fast. What? Now you’re wondering if this is the same blog post I started out writing. In the Orthodox Church we observe the Nativity Fast from November 15 until Christmas. It’s similar to our experience of Great Lent—the forty days leading up to the celebration of Pascha (Easter). There are some rules/guidelines for fasting during this season, and the Church emphasizes that the point is spiritual growth, drawing closer to God, not just following rules. I’ve always struggled with this, but something I read a couple of days ago gave me pause:

Did not the Lord Jesus Himself begin His divine ministry of the salvation of mankind with a long, forty day fast? And did not He, in this way, clearly show that we must make a serious beginning to our life as Christians with fasting? . . . With this weapon, He vanquished Satan in the wilderness, and with it was victorious over the three chief satanic passions with which Satan tempted Him: love of ease, love of praise, and love of money.—St. Nikolai Velimirovich [quoted in Daily Lives, Miracles, and Wisdom of the Saints and Fasting Calendar 2018—the Orthodox Calendar Company]

Love of ease. Love of praise. Love of money. I struggle with all three of these. In my brain I can’t understand how fasting can help me let go of these, but I do know that I’m hungry and thirsty for something.

An Orthodox saint on the value of fasting.

What’s she going to write about next? (You know I read widely and search diligently for wisdom from many sources.)

Last weekend when I was speaking at the Louisiana Book Festival, I met an amazing woman. I was drinking coffee in the author’s lounge on Saturday morning, waiting for my 9 a.m. panel to start, when an attractive, colorfully-dressed, bright-eyed woman came in and sat down next to me. We introduced ourselves, and it turned out she was Sheryl St. Germain, winner of the 2018 Louisiana Writer Award. She would be presented with the award and would give a talk—you guessed it—at 9 a.m. in another room in the Louisiana State Capitol. The other members of my panel joined us on couches and chairs in a circle and laughed about how maybe some of the people who couldn’t get into her talk would find their way to our panel.

Sheryl and I had a short but intimate conversation. I fell in love with her immediately and felt a kindred spirit with her as a writer and as a human. She is 9 years sober, and has suffered great loss in her life, including the death of her son to an overdose. She wrote beautifully about this in her poetry collection, The Small Door of Your Death, which addresses issues of addiction and recovery. Sheryl directs the MFA program in Creative Writing at Chatham University, but she’s a native of New Orleans. She is also the co-founder and director of the Words Without Walls Program, which offers creative writing courses to those incarcerated in the Allegheny County Jail, and also to inhabitants of Sojourner House, a rehab facility for women with children.

I’m reading her book Navigating Disaster: Sixteen Essays of Love and a Poem of Despair right now. In this book she chronicles the time she spent in Alaska, drawing surprising similarities to her home state of Louisiana, but also sharing insights from living so close to nature. I’m remembering my own visit to Alaska about thirteen years ago as I read these words this morning:

Juneau lies on a thin strip of land at the mouth of Gold Creek amidst a backdrop of mountains and glaciers that push down from the Juneau Ice Fields, which native people called “Home of the Spirits.” The irony of this name is not lost on me; I’ve seen a lot of public drunkenness since arriving in Alaska two months ago. . . . I’m reminded that the old label for what we now call alcoholism is dipsomania, which means, ‘crazy with thirst.’ As I hammer—with difficulty—the final tent stake into this rocky soil, I wonder if the thirst I have for wilderness and for union with the land is not more deeply connected to my own thirst for alcohol than I have wanted to admit. [Note: this was before she quit drinking.] Carl Jung would write that the alcoholic’s craving for alcohol is the equivalent, on a low level, of a spiritual thirst for wholeness, a desire for union with whatever one understands as God.

There it is—a spiritual thirst for wholeness and a desire for union with God. Yes.

And later she says,