>Not sure how I ended up with my first two Kindle reads being set in the Depression era, one in Alabama and one in Wisconsin, but reading them back-to-back while traveling in Italy was quite a trip! 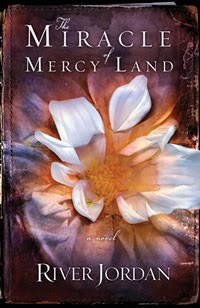 My friend, River Jordan, has outdone herself with her latest, “The Miracle of Mercy Land.” I was going to do an interview with River—as I did when her last novel, “Saints in Limbo,” came out–but then I found this excellent interview, “River Magic,” over at Chapter 16, so I think I’ll let you read that one.

Instead, I’ll try to just give a hint of what is so magical about River’s latest work. Set in a very believable place, with very believable characters, she surprises the reader with the interjection of something mystical, magical, that happens in their otherwise very ordinary lives. A magical book appears, and with it, powerful potential for good or evil, depending upon how it’s used. I couldn’t stop turning the pages (or rather, hitting the forward button on my Kindle) to see what kinds of life-changing decisions each character would make next.

Would Mercy give her heart to John?

“And just like that, my heart went out to the man before me, and the die of a thousand years was cast.”

But would John make the right decisions, or would he be forever a victim of his past? With Mercy in his life, he would say, “I believe I feel myself returning.”

But then, would evil triumph over good?

“I wouldn’t have moved in an earthquake, but just then something more dangerous walked in. She entered the room like smoke moving just ahead of a fire—a forewarning that something was coming that would scorch and burn.”

Oh, the pain these characters experience due to the choices they’ve made in life—even good old Doc. And Mercy felt his pain, as well: “There was a rush inside my soul then of something I couldn’t reach. A deep-seated pain like that of a wounded animal.”

The ending surprised me (and I won’t spoil it here) which is kind of a nice thing to have happen at the end of a good book, isn’t it?

And then there’s the modern classic, “Crossing to Safety,” by Wallace Stegner in 1987. I’d never heard of him, or the book, which was suggested to me by a close friend just a few days before I left for Italy. I immediately downloaded it to my Kindle and off we went on our journey together.

[In case you also don’t know him, the winner of a Pulitzer Prize and a National Book Award, Wallace Stegner is the author of a dozen novels and as many works of nonfiction, including Angle of Repose, The Spectator Bird, and The Big Rock Candy Mountain. The founder and director of the graduate writing program at Stanford University, he spent much of his life in northern California and Vermont. He died in 1993.]

“Crossing to Safety,” like “The Miracle of Mercy Land,” is set in the Depression, but also spans several other decades, as it follows the lives and relationships of two couples—the men both college professors. One couple is poor, the other born to money. But their struggles (polio, cancer, job security) are shared as they travel from Wisconsin to Vermont and even to Italy. (It was fun reading the part about Italy while I was in Florence, near where the two fictional couples lived!)

I loved the characters, and found myself identifying strongly with one of the women—Charity:

“All her life she has been demanding people’s attention to things she admires and values.”

“She could never have a good time without calling her own and others’ attention to what a good time she was having.”

But I also loved Sally and Larry and Sid… and was fascinated by the way Stegner laid out for us their broken humanity with all its beauty and flaws.

“What I am sure of is that friendship—not love, friendship—is as possible between women as between men, and that in either case it is often stronger for not having to cross sexual picket lines.”

I know I’m not giving you much of the plot, but that’s on purpose…. I don’t like reviews and trailers that give away too much. All I can say is I loved this book on many levels. For the sheer beauty of its literary prose, for the life lessons the characters learned (and the readers, if we allow ourselves) and for the descriptions of place and time as we traveled with the characters through several decades of their lives. 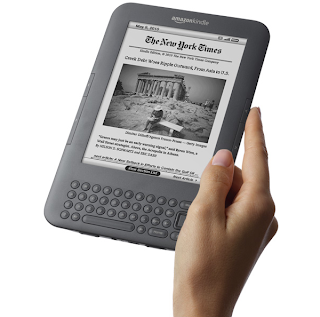 I’m a slow reader, so the fact that I read both of these books in two weeks (and yes, I did have lots of time on airplanes to and from Italy) is a testament to their entertainment value. But also to the Kindle. I’m a fan, now. Don’t worry, I’m still buying hardbacks and love to have them autographed, but for traveling, the Kindle is terrific.

5 thoughts on “>The Miracle of Mercy Land and Crossing to Safety: My First Two Kindle Reads”