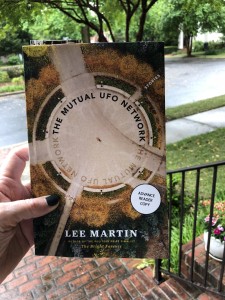 Pulitzer Prize finalist Lee Martin has a new short story collection coming out on June 12—The Mutual UFO Network. I’ve been a fan of Lee’s work since I first met him, five years ago when he was on the faculty for the 2013 Creative Nonfiction Conference, which I helped Neil White organize in Oxford, Mississippi. We invited Lee because of his three memoirs (it was a CNF conference, after all) but it was his fiction that got him to the finals for the Pulitzer. And it’s his short stories that are capturing my attention now, especially since I’m in the process of revising my first collection of shorts, Friends of the Library.

As I was finishing reading my advance readers copy of The Mutual UFO Network this morning, I read Lee’s blog post, “Three Principles for Short Story Writers.” Lots of wisdom in this short piece, like these words:

… a short story writer has to understand that there’s always a second story going on beneath the narrative arc of the surface story. That submerged story, located more within character relationships, is always working its way to the top through the pressures applied to it by the narrative events. To access that submerged story, a writer has to be a careful observer of people.

I’m going to go back and be sure each of my stories has this kind of depth. And I know I’m just learning to be a careful observer of people—like the people I met at those eight libraries in small towns in Mississippi last year.  So, here are Lee’s three principles for short story authors: 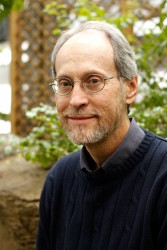 Lee certainly practices what he preaches, as evidenced by the depth of the characters and the scope of the narrative arcs in his stories in The Mutual UFO Network. Stories like “Across the Street,” and “Love Field,” which feature interactions among neighbors and involve human drama fueled by schizophrenia, a lonely old woman, and a baby’s drowning. When the mother of a son with schizophrenia asks her mentally unstable husband why he taped paper over the bottom half of their upstairs windows, here’s how their conversation went:

“I don’t want anyone looking in.”

“What are you afraid they’ll see?”

“My heart. The inside of my head. My soul. They can’t have that, Mother. I won’t let them.”

Most of the characters that people these stories are wounded and trying to find their way through what one of them—Benny, a sober drunk who at one time rigged a bar stool to a frame and a lawn mower engine and wrecked it—wished he had said to his one-eyed friend Wink:

I know the extremes we’ll go to so we don’t have to face the truth, particularly when the truth is the ugliness of our own living.

In “The Last Civilized House,” a story of “love in ruins,” Ancil and his wife Lucy live with regret and anger fueled by a decades old affair and an abortion.  Other stories feature a crippled ventriloquist who offers compassion to an abused bully, a Chinese woman whose memories are haunted by what Mao did to her parents and brings that pain into her relationship with her black neighbors (Miss Shabazz Shabazz and her mixed-race daughter) and her ex-husband and his new wife. 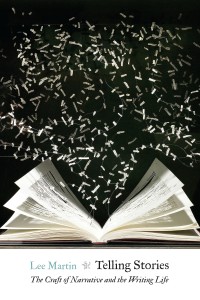 Lee’s embrace of the bizarre reminds me of Flannery O’Connor’s stories. And his prose is just as vibrant and seamless. One forgets that he’s from Illinois and sets his stories in the Midwest. He can hold his own with a host of southern writers with whom I spend most of my reading hours. The Mutual UFO Network is a must-read for lovers of good literature of any genre. Watch for its release on June 12! (Buy it from your local indie booksellers or pre-order NOW from Amazon!)

And for more wisdom on writing, get Lee’s book Telling Stories: The Craft of Stories and the Writing Life (just released in October 2017).

I’m off on a European riverboat cruise up (down?) the Rhine River tomorrow, so watch for pictures on Instagram and Facebook. Not sure if I’ll be blogging or not, as this is a real vacation for both of us. (My husband isn’t speaking at any medical meetings while we’re there!) Haven’t decided what book(s) to take for the voyage, but maybe they’ll end up in a review here eventually. Bon voyage!