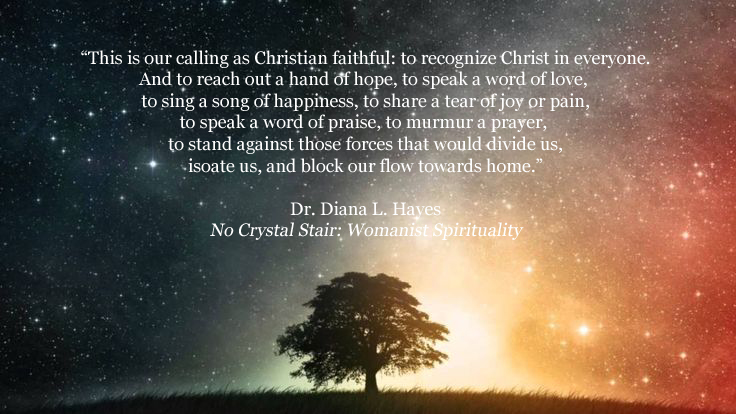 Back in March I did a post about “Religion and Spirituality,” in which I shared a bit about my friend River Jordan’s wonderful new book, Confessions of a Christian Mystic. River is Episcopalian, and I’m Orthodox. River introduced me to the work of the Anglican mystic, Evelyn Underhill, who looks at mysticism as “tasting the joy of God’s presence in the middle of things.” I’m gradually reading my way through her Essential Writings. In her section on “The Soul’s Journey,” she discusses four aspects of mysticism. I have abbreviated them here:

Recently a Catholic friend and writer, Sonja Livingston, asked me to join her “in conversation” at an event at Novel Books in Memphis (November 24) at which she will be launching her new book The Virgin of Prince Street: Expeditions Into Devotion. I’m anxiously awaiting a copy of the book so I can prepare for our conversation! (Read my post/review of her book Queen of the Fall from back in 2015.)

This week’s meditations on Franciscan priest Richard Rohr’s site have fed my interest, as he has been writing about “Black Women Mystics” all week, like Dr. Diana Hayes, featured in the quote at the top of this post, from her book No Crystal Stair: Womanist Spirituality.

Issues of power and authority loom quite large for black women who are most often marginalized from the centers of power recognized by cultural and social institutions. However, African American women transformed from objects to Subjects through their mystical experiences have been able to establish a sense of inner authority that extends to their active lives. Rebecca Cox Jackson understood her authority to be rooted in the “gifts of power” she received from God. These gifts included healing, foreknowledge, and . . . literacy.

In Rohr’s piece “Gift of Heaven,” about Jarena Lee (1783–1864), the first authorized woman preacher in the African Methodist Episcopal Church, he shares excerpts from her autobiography, Religious Experience and Journal of Mrs. Jarena Lee, which was the first spiritual autobiography by an African American woman published in the United States.

In “All in All,” Rohr introduces us to Sojourner Truth (1797–1883)—an abolitionist and advocate for women’s rights. She was born “Isabella” to an enslaved couple in New York. When she was nine, she was sold to another slave-holder that brutally beat her. Isabella’s mother taught her children strategies to survive within the oppressive system of slavery. Rohr quotes from a book by Joy Bostic:

Isabella gradually came to know God as what I might call “the eternal now,” beyond human comprehension. God is only known by loving and experiencing God.

You can read more from Truth in her book Narrative of Sojourner Truth.

For more on women mystics, check out Antonio Blumburg’s article in Huffington Post, “13 Powerful Women Mystics Who Helped Shape Christianity.” All of them were Catholic.

Stay tuned for Part II of this post, in which I’ll explore Orthodox Christian female mystics.