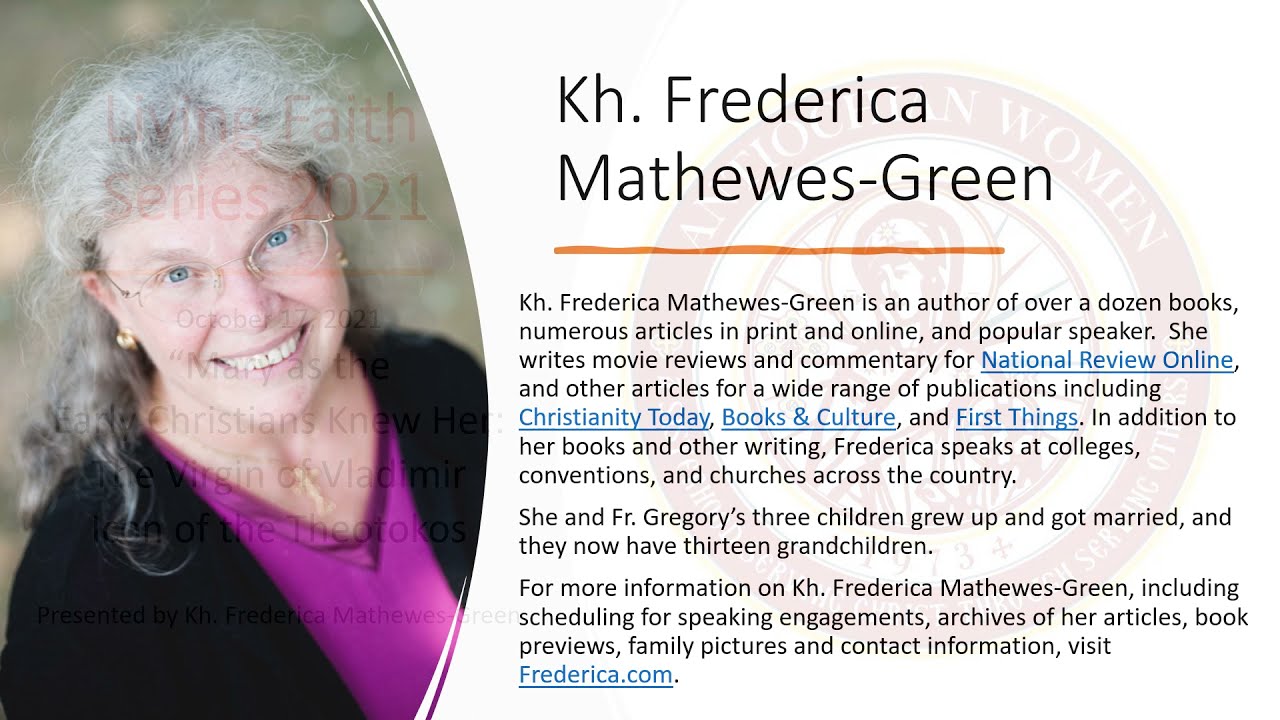 The Women of my parish, St. John Orthodox Church in Memphis, were blessed to have Frederica Mathewes-Green as our speaker this past Friday and Saturday. I had read several of

Frederica’s ten published books, and was aware of her 800 or more published articles. I knew that she was a regular commentator for National Public Radio (NPR), a columnist for the Religion News Service, Beliefnet.com, and Christianity Today, and a podcaster for Ancient Faith Radio. But I didn’t know that she was also a consultant for Veggie Tales!

I think I was expecting her personality and presentation to be very academic and theological. She certainly has the chops in those areas. But what blessed me (and others said this afterwards) was her spirit. She is full of joy and humility. She lives and breathes Orthodox Christianity in a way that makes you want to know more about her faith, and makes you want to draw closer to God.

Traditions Bring Life to the Family

On Friday night Frederica spoke about traditions. Comparing Orthodox traditions to cultural traditions—like the foods our families choose for Christmas dinner—she said that “traditions bring life to the family. They bless the family.” Likewise they bring life to the church family. A Protestant Christian visiting an Orthodox church will observe many traditions that might not be familiar to them. The ways in which we celebrate feast days and commemorate Saints. The ways in which we honor the dead. Not only the church services and hymns and prayers, but the foods that accompany the celebrations. Here’s a wonderful short video capturing some of the highlights of the Pascha (Easter) service and traditions at the church in Maryland where Frederica and her husband (the pastor) were for many years. This is from 2014.

She talked quite a bit about the Orthodox tradition of fasting. If you’ve been reading my blog for very long, you know that this is something I have always struggled with, and still do. (Here’s a post from 2012 in which I talk more about that struggle.) There are very specific guidelines for fasting, before taking communion, on Wednesdays and Fridays throughout the year, and during longer fasting seasons like Advent and Nativity. I love that she emphasized not judging others for the way they do or don’t fast. It’s not for show. It’s a tool to help us grow closer to God.

The Story of Mary 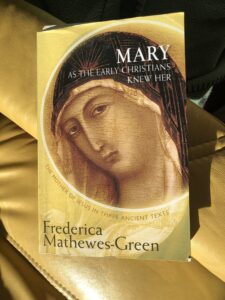 Before the first session on Saturday, Father Philip, our pastor, led us in praying an Akathist Hymn to the Mother of God, another beautiful Orthodox tradition. You can watch service on the St. John You Tube channel HERE.

Following the Akathist (and coffee and pastries) her first session was about Mary, the Mother of God. Much of her talk came from one of her books: MARY AS THE EARLY CHRISTIANS KNEW HER. The book examines three ancient texts about Mary. She made the stories in those texts come alive as she told them with so much life and animation. I found myself falling in love with Mary more and more.

The Story of Icons

Frederica’s final session was about icons. I think she chose Mary and icons to focus on for the retreat because our veneration of Mary and the use of icons in Orthodox worship are both 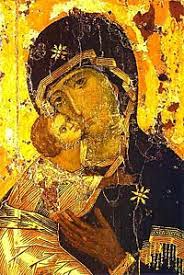 traditions that are sometimes misunderstood by Christians outside the Orthodox Church. We do not worship Mary. She points us to Christ. Icons are not idols. They are “windows to heaven” that also point us to Christ. As she showed slides of various icons, she told their stories, and they came alive in our hearts. She especially focused on what she called the “Top 3” icons: The Christ of Sinai (550 AD), The Old Testament Trinity (1425, Rublev), and The Virgin of Vladimir (before 1100).

The Virgin of Vladimir is so well-known that Mel Gibson used the Virgin’s left eye in the logo for his production company, ICON Productions. (He even added more cracked lines to make it look “older”!)

Icons Will Save the World 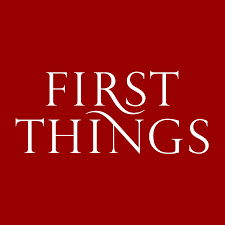 There are MANY excellent books and article about icons, but I will close by sharing an article I wrote that was published in 2007 in First Things:

“Icons Will Save the World.” The article talks about:

Sanctifying the Sense of Sight

Beyond the Shattered Image

The Ethos of Liturgical Art

Writing and Reading: The Gospel in Colors

The season of fasting that leads up to the Nativity on December 25 begins today, November 15. This is a difficult one for me because it happens during the Christmas season when non-Orthodox are already celebrating. I wrote about that in this post from 2014, “Holiday Culture Clash.” I’ve been Orthodox for 34 years, and I’m still working on embracing the beautiful rhythm of fasting and feasting . . . of preparing for the celebration with fasting, which enhances the celebration greatly. Of focusing on the spiritual elements of the Nativity Season—fasting, prayer, and almsgiving—so that Christmas Day will be even more glorious, as we shout together: “Christ is Born! Glorify Him!”

2 thoughts on “Traditions, Stories, Images: What Makes Us Orthodox?”