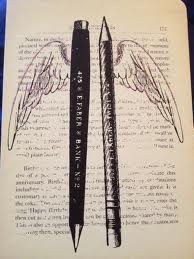 In my last Faith on Friday post I wrote about a Greek Orthodox elder, Epiphanios. I wrote about his “softer side,” rather than the strict asceticism so many of these elders are known for.  But there was something in the chapter about Epiphanios that fascinated me. It was his admission of his love for writing, and the ascetic struggle he put up in order to write less and confess (hear confessions and counsel people) more:

Ah! My fathers, know how much I have ground down my will! I have loved two things in my life: reading and writing, both of which I have been deprived of, and the deprivation of which is as great for me as for him who loses the greatest joy in this world. When I study the Holy Scripture and patristic books, I leave the earth and go to Heaven. As for my own writing, forgive me for what I’m about to say… I get drunk. I see how others desire to write some text, and they erase, write, erase again, write again… I don’t manage to write my thoughts in time, for I am flooded as with flakes of snow. I feel as though my pen has wings. However, in spite of my writing ability and my desire for study, I deprive myself and sit and pick up the telephone, which rings constantly, so as to find a solution to some problem or other. Or else I see people for confession for hours without end, and not only scholars, but also simple and unlettered people. In saying this I don’t undervalue the Mystery of Confession as opposed to the work of writing. But the will of God was that I confess people and not that I study and write, though they very much enchant me.

My pen has wings.

They very much enchant me.

Not the words one might expect from a Greek elder. And yet they are honest words. Elder Epiphanios did manage to do quit a bit of writing before he became so sought after as a father confessor. And I’m sure much of his writing touched lives in ways as wonderful as hearing confessions and counseling people. I’ve only read a few of his “counsels,” but I’m glad that he wrote them. 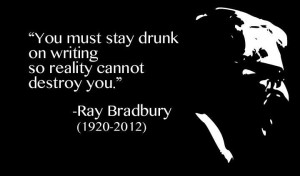 Unlike Elder Epiphanios, I don’t have a “higher calling” that’s competing with my love for reading and writing. I can’t say that my pen has wings or that I’ve ever truly been drunk on writing. But it does very much enchant me. In Zen in the Art of Writing, Ray Bradbury says:

You must stay drunk on writing so reality cannot destroy you.