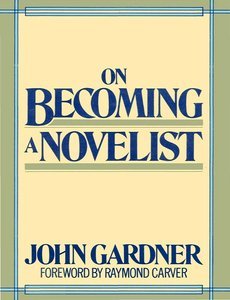 Somehow I seem to keep finding treasures from the past—not the distant past, but still, books I “happen” upon that inspire and inform. A few weeks ago I blogged about discovering Michener’s 1991 book, The Novel. Today, it’s John Gardner’s 1983 work, On Becoming a Novelist. (Note: Gardner died in 1982, at the young age of 49. The book was published by his estate. If you’re not familiar with Gardner, here’s an interview with him in the Paris Review.) I can’t remember how I learned about this book, but I ordered a used library edition (you can get one for less than a dollar) since I was spending my big bucks on Christmas gifts at the time. And oh, my goodness, so much bang for that buck!

With a forward by Raymond Carver, who had been a student of Gardner’s in 1958, On Becoming a Novelist contains four sections: (1) The Writer’s Nature, (2) The Writer’s Training and Education, (3) Publication and Survival, and (4) Faith.

In his preface, Gardner says:

“I write for those who desire, not publication at any cost, but publication one can be proud of—serious, honest fiction, the kind of novel that readers will find they enjoy reading more than once, the kind of fiction likely to survive…. This book is for the beginning novelist who has already figured out that it is far more satisfying to write well than simply to write well enough to get published…. I try to deal with, and if possible get rid of, the beginning novelist’s worries.”

Just what I need to read at this juncture in my “career.” I’m still waiting to hear from the four literary agents who are reading Cherry Bomb, the novel I’m shopping out for publication right now. And it’s been three to six weeks since those queries were sent out. About a week ago I woke up with an idea for another novel in my head. I quickly jotted down notes—working title, protag and several supporting characters, general plot, setting—and decided I needed to get started as soon as possible. Discovering Gardner’s book was perfect timing for the inspiration I need. Today I’m going to share a bit of his wisdom from the first section: “The Writer’s Nature.”

Writing is a lonely business. And yet Gardner says the novelist must be fascinated by other people and have a gift for inhabiting their lives. Along with that, the novelist must have a certain kind of intelligence, “not the mathematician’s or the philosopher’s but the storyteller’s.” I loved (and identified with) Gardner’s description of what the storyteller’s intelligence looks like, including:

I’m not sure why I find these words comforting. It’s kind of like how I felt when I read Robert Goolrick’s memoir, The End of the World As We Know It, where he describes the lifelong wound of sexual abuse, and what it’s like just to live with it. Or when I read Augusten Burroughs’ book, This is How, and learned that you don’t have to heal to be whole. It’s that comfort that comes from knowing that I am not alone in my suffering. That others—especially writers—suffer in similar ways, and yet somehow go on to live productive lives. Or to write good books.

Gardner defines good fiction in the first section of the book:

“It is intellectually and emotionally significant…. And finally, an aesthetically successful story will contain a sense of life’s strangeness, however humdrum its makings.”

Later he talks about some elements of good fiction that I’ve been told by others are what defines good literary fiction, as opposed to commercial fiction: Character, strangeness, a psychological wound, compulsiveness, drivenness.

If this feels like Gardner has left his purpose in this first section—The Writer’s Nature—remember that the elements of fiction and the writer’s nature must be closely aligned for a good result.

“As for the quality of strangeness, it is hard to know what can be said. There is no great art, according to the poet Coleridge, without a certain strangeness…. One has to be just a little crazy to write a great novel. One must be capable of allowing the darkest, most ancient and shrewd parts of one’s being to take over the work from time to time. Or be capable of cracking the door now and then to the deep craziness of life itself…. Strangeness is the one quality in fiction that cannot be faked.”

This next one was particularly interesting to me:

“A psychological wound is helpful, if it can be kept in partial control, to keep the novelist driven…. Insofar as guilt or shame bend the soul inward they are likely, under the right conditions (neither too little discomfort nor too much), to serve the writer’s project.”

Gardner ends the first section with several pages describing other characteristics he feels are important for a novelist, including drivenness, which he says “only helps if it forces the writer not to suicide but to the making of splendid works of art,” and other traits such as verbal facility, accuracy and freshness of the writer’s eye, and what he calls “the novelist’s special intelligence.”

With the holidays upon us—and I’ll be traveling for two weeks during December—it will be difficult to focus on writing. But if I believe what Gardner says, I will find a way, even amidst the hustle and bustle of the season, for what he calls the writer’s “foolish pastime, the making of real art.” 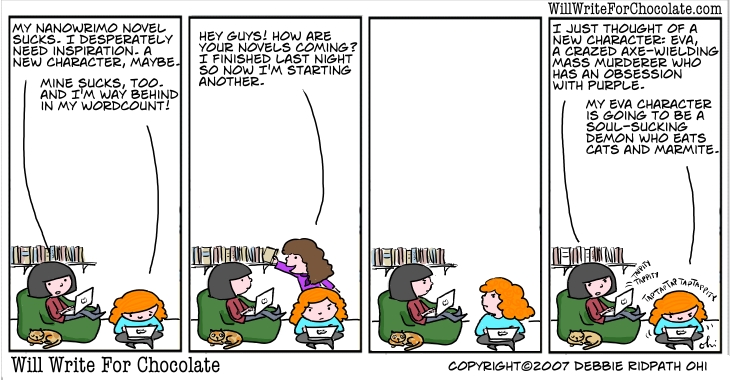 I hope to post about the other three sections in Gardner’s book eventually… and I’d love to hear your thoughts on his ideas which I’ve shared here. And kudos to my friends who are participating in NANOWRIMO (National Novel Writing Month) … especially Doug, who is closing in on 50K words in these final days. Go, Doug, go!

1 thought on “Writing on Wednesday: On Becoming a Novelist”