I had planned to write more about my mother and Alzheimer’s today, but when I woke up I had something else on my mind. So instead I’ll share an article from The Guardian (October 20) that has some excellent information on dementia and caregiving:

“The Deviousness of Dementia” by Dasha Kiper. Here’s a teaser:

Dementia, of course, has been identified, classified, and even anatomically annotated. And because we’ve labeled the anomaly, describing it as something carved out in the brain, a swerve from the norm, a deterioration of cognitive ability, we believe we understand it. Having lived with a dementia patient for more than a year, I am not sure I agree. I believe that something remains hidden, something we’re not inclined to see, precisely because dementia steers us away from it. 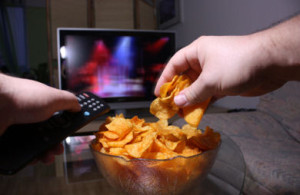 And now back to what was foremost in my mind this morning: diet and weight loss. I’ve now lost 8½ pounds (towards my goal of losing 33 pounds) and while I’m pleased, I wish it was happening more quickly. I’ve been dieting for almost two months and had hoped to lose 2 pounds/week. But I’m like that about most things in life—I want it NOW. Instead I’m learning some things about myself and this process that I might not have the opportunity to learn if it happened quickly.

One thing I’m learning is to delay instant gratification (I know, that seems obvious, right?) in order to experience a bigger goal. Isn’t this what we do in other areas of life, like spending less money on small things in order to be able to enjoy the larger things—a bigger house, a new car, a wonderful vacation? Which is why I decided to call my plan a “1000-calorie budget” rather than a “diet.” I just don’t like the word, “diet.” And while budgets can be hard to keep, they can also be rewarding.

I just spent a week in Denver visiting kids and grandkids. I was a little worried that I might gain back some of the weight I’ve lost since I wouldn’t be at home where I could more easily control the budget. And I wouldn’t have my elliptical machine, on which I usually burn about 200 calories a day. But thankfully I lost one pound while I was there! How?

I let my kids know about my budget and they were supportive. They never said things like, “Oh, Mom, come on, you can splurge just once.”  So, the evening that my son and daughter-in-law fixed Italian sausage spaghetti for supper, I only ate the chopped salad. And the night we had Kentucky Fried Chicken at my daughter’s house (I LOVE KFC!) I pulled the crust off of a small thigh and skipped the mashed potatoes and mac and cheese. One morning my daughter was picking up breakfast from McDonalds on her way back from dropping Gabby at daycare, and I asked for a sausage and biscuit. Knowing they have 430 calories (!) I only ate half of it. It’s my favorite fast food, so I enjoyed it slowly, savoring each bite as I watched my two-month-old granddaughter sleeping on the couch next to me. Which brings me to another point. 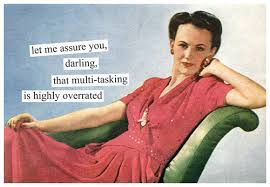 My daughter is working on getting her three-year-old to focus on one thing at a time. For example, if we are playing a table game and she gets up to play with another toy during the game, she is encouraged to leave the toy alone and sits back down. Same thing goes for watching TV while eating, which we all do from time to time. As I watched this lesson she was trying to teach her daughter, I thought about how much more I could enjoy each activity if I focused on the one thing—eating my tiny meal, playing a game, watching a TV show, reading a book. That one thing should be enough to entertain me at the moment, and its enjoyment is increased by the singularity of focus. (I never eat food in front of my computer because I am so hyper-focused at the computer that I would not enjoy the food.)

Hope everyone who is trying to lose weight or get healthy in any way will appreciate these simple observations today. Have a great week!

If you’re new to my blog and want to catch up on my posts about my weight-loss budget and journey, here are a few, with tips on the Lose It! iPhone app, exercise, shoes, and more:

4 thoughts on “Mental Health Monday: One Thing at a Time”